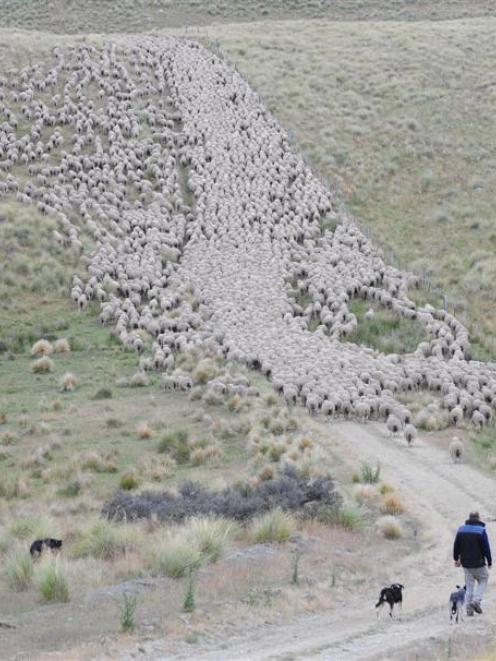 Beef and Lamb New Zealand (BLNZ) reports Otago and Southland farmers are expected to record a 12% lift in profits for the 2010-11 year to $98,900 for an average farm.

That comes from a 5.5% lift in gross revenue but a 1.5% drop in sheep revenue, due to fewer lambs for sale as a result of a week-long storm in September.

Lambing percentages on southern farms are estimated to have decreased 14.3 percentage points, but what animals farmers have are valuable, with prices $20 a head higher than last year, at about $100 for a 17.5kg lamb.

The same global sheep meat shortage that has pushed up the price of lamb has also impacted on the value of mutton, or older sheep, which has reached similar levels to that paid for prime lamb.

The report highlights the sector's contribution to the country's export-led recovery from those record red meat prices and also the recovery in wool returns.

Wool returns have reached their highest levels since 1989, and its revenue contribution is up nearly 51% to $63,000 per farm as a result.

Wool export receipts were expected to increase 44.7% due to higher prices, and the volume sold to rise 2.1%.

There was further bad news on this front, with Ravensdown this week warning that rising global demand for food and energy was putting pressure on fertiliser prices.

Chief executive Rodney Green said the co-operative was starting to feel the pressure from rising prices, with urea increasing by about $140 a tonne since September, DAP (fertiliser) has doubled in price since November 2009 and sulphur, which typically sold for $70 a tonne, was now fetching $280 a tonne.

In inflation-adjusted terms, the farm profit before tax for Otago and Southland farmers is $82,600 a farm, the highest regional average in New Zealand.

BLNZ southern South Island director Leon Black said the result was pleasing given the impact of last year's storm. He also said there were signs the erosion of the sheep flock as a result of dairying was stabilising.

BLNZ economic service director Rob Davison said signs were that lamb prices would remain strong and stable for some time due to the global shortage of red meat.

He predicted an export lamb kill of 19.3 million this year, a drop of 7.7% on last year, but at $2.6 billion, the crop would earn about the same amount of foreign revenue as last season.

The cattle kill was expected to be 3.5% less than last year which was artificially high as drought forced farmers to quit stock.

But farmers are not spending, with on-farm expenditure expected to be 2.2% higher than last year, below the 3.1% increase in the price of farm inputs.