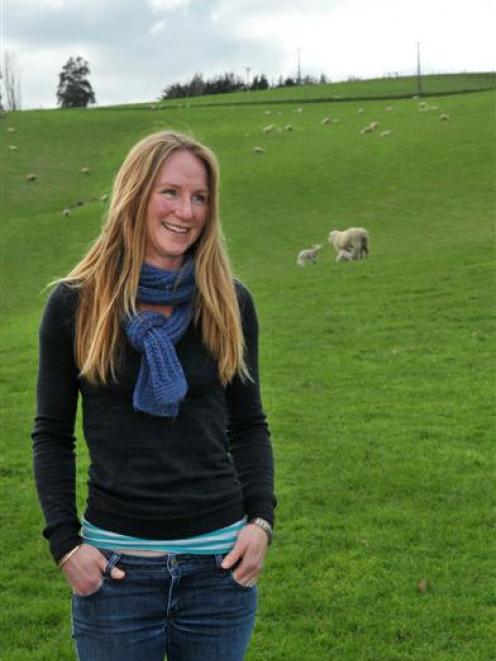 AgResearch microbiologist Dr Jen Robson is looking forward to seeing some changes on the Invermay farm. Photo by Christine O'Connor.
It's not just farmers who are grappling with the implications of the Otago Regional Council's water plan change 6A.

When council staff visited the deer research farm at Invermay, looking for some monitor farms to use as part of their rollout of 6A, AgResearch staff realised they had plenty of on-farm challenges to meet some of the limits.

Now they are using their issues to help other farmers improve their farms, by using the Invermay farm as an example, as they work to mitigate the effects.

An environmental best-practice focus farm and field-day process has begun at Invermay and the first field day had already held to look at proactive management of water quality on deer farms.

The project will follow the transition of deer farming management in a challenging and complex farmland and waterways setting, from areas of historical and unintended problems to meeting today's expectations for water quality.

AgResearch microbiologist Dr Jen Robson said most of the problems on the farm concerned sediment loss.

They were the result of historical decisions, which were fine at that time, but times had changed since then.

There were 21km of waterways on the farm and the resulting impacts on water quality meant the set-up of the farm needed to be looked at to meet regional council requirements.

It was planned to use that ''this is where we're at, warts and all'' approach to help other farmers.

Research was also going to be tied in around that, Dr Robson said.

AgResearch had to work within financial constraints and the farm had to be viable.

If anything, it had a lot more constraints than a usual farm as it was a research farm, she said.

A lot of what staff were doing was looking at how they could manage the farm better to reduce environmental impacts.

Improvements could be made through various management changes and the farm manager was on board and positive about it.

Staff needed to consider the environmental impact of every farm management decision made.

Other expertise was being brought on board and a stakeholders group had been set up which included representatives from the New Zealand Landcare Trust, Landcorp, the council, and farmers.

Although it was based at Invermay, it was hoped it would become a nationwide project, applying to deer farmers throughout New Zealand.

Most farmers were very environmentally aware and it was a matter of helping them get started to make changes, she said.

On the field day, farmers viewed the farm, saw the ''problem areas'', mitigation was discussed, and input was sought on what farmers wanted covered.

Dr Robson, who worked in water quality mostly looking at E.coli losses, said the deer farm was a ''really nice project'' for being able to see changes.

She hoped to have a couple of planting days.

Deer Industry New Zealand (DINZ) science and policy manager Catharine Sayer said open annual field-days for deer farmers and the interested public and regular communication on developments and progress were at the heart of the project.

DINZ saw it as an open transparent process as an introduction to individual deer farmers looking at risk assessments related to water quality and soil loss on their own properties, completing their own Land and Environment Plans, and maintaining good management practices as a normal part of sustainable deer farming practices.