Allegations of widespread stock theft across the lower South Island have rocked Otago's farming community, which collectively could be hundreds of thousands of dollars out of pocket. 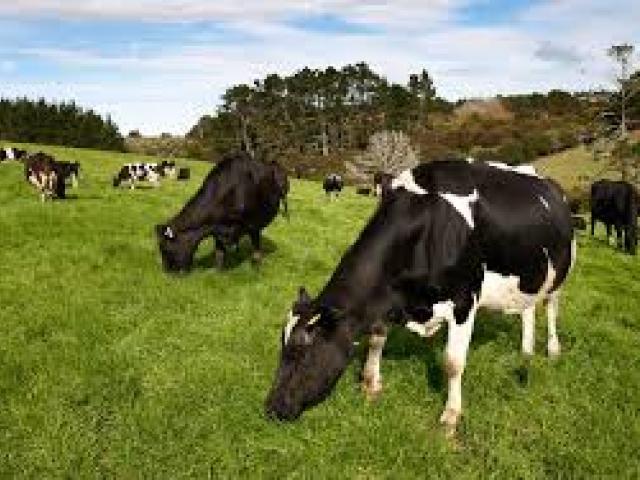 There are claims farmers across Otago, and further afield, could collectively be hundreds of thousands of dollars out of pocket, with hundreds of cattle stolen. Photo: ODT

Whether the allegations could be defined as poaching, theft or fraud is as yet unclear.

While the Serious Fraud Office (SFO) is potentially looking at a wider alleged-fraud operation, police are only dealing with reports of individual cases of theft.

However, shell companies may have been used and there are claims farmers across Otago, and further afield, could collectively be hundreds of thousands of dollars out of pocket, with hundreds of cattle stolen.

Unlike the alleged mass stock theft, by the truckload, in Ashburton reported in August, the Otago issue could be theft by stealth over many years.

Stock companies may have been inadvertently involved, but those contacted in recent days declined to comment, one citing legal advice.

Farmers claimed to have met lawyers representing one stock firm in recent weeks in Dunedin.

With investigations still under way, the ODT has withheld the names of individuals, companies and stock companies, while the SFO and police have responded to ODT questions, albeit with mixed messages.

If the extent of fraud is as large as claimed it would easily fall under the SFO's control, which often as not overtakes police involvement.

Several farm sources, who are unknown to one another, have claimed a decision is expected in late January on whether charges may be laid.

The SFO was contacted but only reiterated its long-standing policy.

''The SFO will neither confirm nor deny the existence of any matters relating to stock agents in South Otago,'' the SFO spokeswoman told the ODT.

However, it is known SFO staff have been in the South and interviewed farmers.

Another senior police officer told the ODT its intelligence squad had recently done work on the matter.

Insp Lloyd said that work was likely to have been just a general stock theft update for South Otago staff.

After checking with senior colleagues, Insp Lloyd was adamant police did not have an investigation under way into the allegations raised by the ODT, nor were they working alongside the SFO.

However, several farmers have contacted the ODT, strictly on the basis of anonymity, saying they have been interviewed by police, including last week. One outlined the loss of several hundred head of cattle over more than four years.

Another claimed stock losses amounting to $200,000 and identified two other farmers in adjacent districts similarly out of pocket, either in cash or cattle.

''I don't want the company to tip up, but I want them to be accountable, stand by their company ... this is a type of insider trading,'' one Otago farmer said.

That farmer claims to have leased out a large number of cows but the recipient now claims to have bought them through a stock company, which in turn is yet to acknowledge the purchase.

A small number of stock agents are understood to be involved in the issue, but potentially with on-farm accomplices.

Several scenarios have been put to the ODT about how the frauds have taken place.

One is the undervaluing of stock, which are then bought by a shell company and on-sold at their true value.

Another allegation was the legal purchase of unwanted bull calves for less than $100 and transfer of their ear tags to stolen heifer calves, which can then be sold for up to $1000 if in calf and of good lineage.

Other tags are later acquired for the bull calves, which can then be legitimately sold to the meatworks for as little as $50.

Federated Farmers Otago president Phil Hunt said while he had not heard of the specific fraud claims outlined, he was aware there was speculation in the farming community about those concerns, ''which were getting people worried''.

Federated Farmers rural crime portfolio leader Rick Powdrell said in a statement that of more than 1000 farmers recently surveyed across the country, 26% said stock had been stolen from them during the past five years. More than 3% had been hit by stock thieves five times or more since 2011.