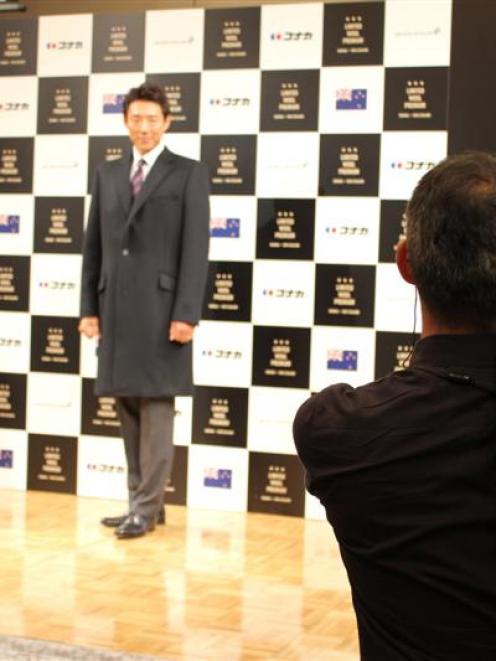 TV sports presenter Shuzo Matsuoka models one of the Konaka wool coats. Photo supplied.
A range of coats using merino wool from Closeburn Station in the Maniototo has been launched in Tokyo to much media interest.

Tony Clarke and Rebecca Crawford, from Closeburn Station, whose ultrafine wool was used to make the coats, travelled to Japan for the launch. 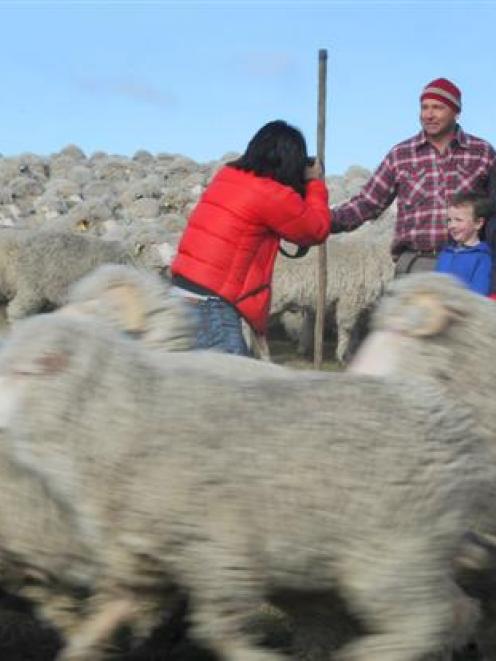 Closeburn Station's Tony Clarke and Rebecca Crawford, with their children Anna and Hayden, pose for photos for a Japanese wool buyer last month. Photo by Craig Baxter.
They were accompanied by Philip and Wendy Wareing, of Big Ben and Mt Arrowsmith Stations in Canterbury, who secured an international contract to extend the Konaka range.

The experience that Konaka wanted to create for its customers was "so much more than simply buying a new coat", H. Dawson Ltd New Zealand business development manager Craig Smith said.

"It's about creating a real link between New Zealand and Japan," Mr Smith said.

Fifty return airfares from Japan to New Zealand would be given to customers who bought a Limited Wool Premium suit coat. The coats were retailing for $NZ1500.

Japanese tennis player-turned-television sports presenter Shuzo Matsuoka modelled the coat, after agreeing to be ambassador for the range.

New Zealand wine and food were also celebrated as part of the launch.

"We have made a real effort to create a fuller New Zealand story and, in doing so, we have invited key New Zealand partners on board with us," Mr Smith said.

"We see tourism as a key part of our strategy to sell New Zealand wool into our key markets."

Mr Konaka has invited Deputy Prime Minister Bill English to a meeting and the pair will meet at the New Zealand embassy in Tokyo next month.