Top of the south for Farmax consultancy 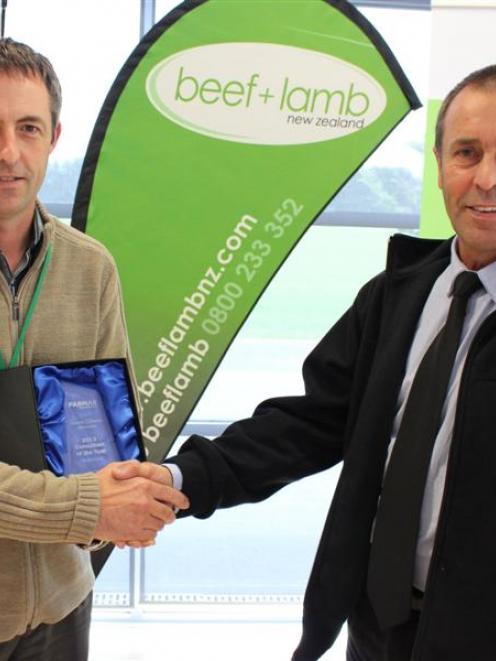 Mr Glennie, a consultant at Dunedin-based AbacusBio, has been named South Island Farmax consultant of the year.

Commercially launched in 1993, Farmax is an evidence-based software system that was developed by AgResearch and borne out of 20 years of research.

Mr Glennie's expertise in grazing and project management and use of new agricultural technologies to help clients make the most of their businesses secured him the award, Farmax general manager Gavin McEwen said.

Mr Glennie, who said winning the award was a ''pleasant surprise'', received a $4000 prize including funds for further education in pasture-based production and 40 paid hours to conduct an industry-related research project.

He was interested in the potential around the use of drones to gather information on pasture covers on rolling and hill-country properties.

He would be doing some background work and looking at what barriers there were to measuring pasture cover from those vehicles.

Drones had become more affordable and it was now at the application stage. Looking at pasture cover stuff was one application he believed could be ''really exciting''.

Brought up on a mixed sheep and beef farm, with some cropping at West Otago, that rural upbringing gave him a good grounding in terms of farm systems, Mr Glennie said.

Completing his final year of school in 1987, he described himself as being part of ''the missing generation from agriculture'' - during difficult times in the farming sector.

He completed a science degree at the University of Otago but was still drawn to farming. After graduating, he farmed in partnership with his father for about six years.

He ended up working in the agricultural services area, firstly in fertiliser and then in advisory work which was his ''big passion''.

''I figure I get my farming vicariously by my clients,'' he said.

There was an opportunity to meet so many people and see so many diverse and different farm types and, just like farming, every day was a little bit different.