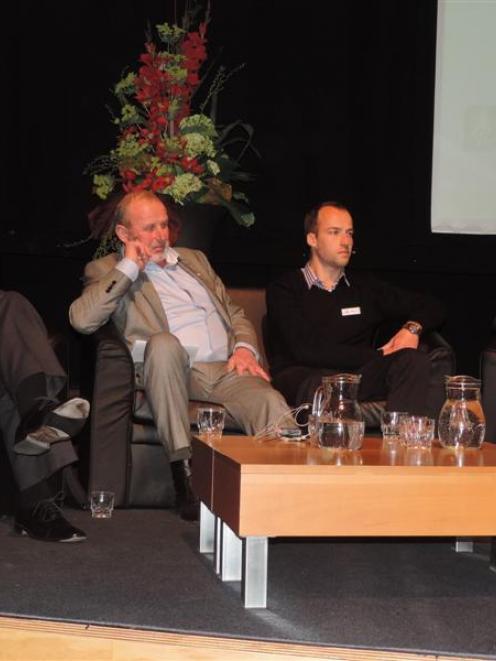 He outlined the gains made in cleaning up Lake Rotorua's water pollution, saying farmers needed to become informed.

''You have to read reports, ask questions, talk to DairyNZ.

''Engage with the main stakeholders. Hear their concerns. Don't play the blame game.

''Get your MP involved. I don't think we would have got where we are today without [Rotorua MP] Todd McClay.''

He recommended retaining people on collectives for their accumulated knowledge, not having a quick turnover of members.

DairyNZ water quality scientist Tom Stephens, who has worked on the Rotorua case, said good water management was not just down to farmers.

For Lake Rotorua, nitrogen and phosphorous entering the water had to be reduced. But only one of the elements had to be managed to produce results, he said. It was easier and cheaper to work on phosphorous.

The Bay of Plenty Regional Council had now acknowledged it did not need to target nitrogen in its water quality rules for the lake.

There had been ''some really difficult days'' in getting agreement among all stakeholders, Mr McEvedy said.

''You must be emotionally stable. It's not personal - it's business. The rewards are potentially enormous.''

He urged farmers to ''get involved''.

''If you want to experience every emotion known to humans, a zone committee's the place for you.''

Hawkes Bay Regional Council chief executive Andrew Newman said the issue was more about water allocation than quality in his area. Agribusiness accounted for 80% of all water use.

There was intense competition between users, with ''a huge amount of emotion tied up in it from every sector of the community''.

A lot of money had been spent on science and the final assessment of the proposed Ruataniwha storage dam in central Hawkes Bay was under way. Spanish and French firms were submitting bids to build the dam; it was beyond the scale of anything built by New Zealand companies in recent times.

A volumetric charge for water was likely, Mr Newman said.

He, too, recommended not letting water debates get personal. A finishing point also had to be set at the outset ''or you never finish''.

''You need good leadership and goodwill. We spend too long recycling the same arguments with different people as personnel change.''

Tom Henderson, who was instrumental in the Opuha Dam in South Canterbury going ahead, said Hawkes Bay should aim for as close to 100% reliability as possible.

''You will soon get respect and value from farmers if you do. It's a benefit to the whole community.''