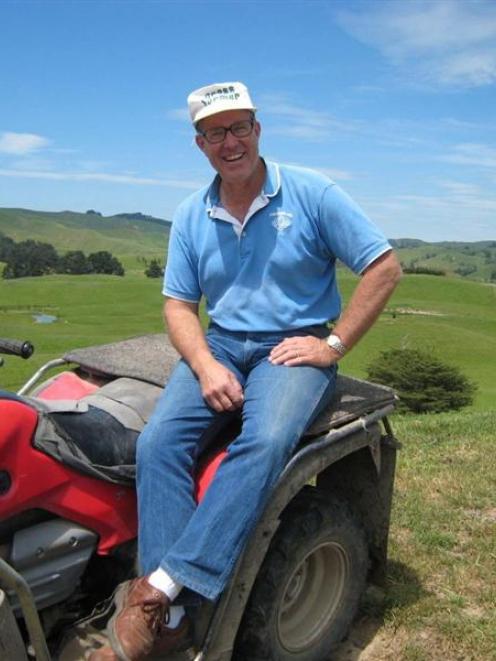 It has become internationally known for promoting the importance of buying healthy, locally grown food. Initially, the farm could not support one salary but now it has annual sales of more than $US1 million.

He supplied his local area only, adhering to the principle that if anyone else wanted his produce, they would travel to him. It had been publicised that people travel up to 800km across the US to support him.

Mr Salatin has written many books, the latest being The Sheer Ecstasy of Being A Lunatic Farmer, and Folks This Ain't Normal.

The workshop, entitled ''Turning Common Sense to Dollars'', will be held at Glendhu Station on February 27 and 28.

John McRae, of Glendhu Station, has implemented many of the integrated animal systems used at Polyface Farm.

Mr Salatin is being hosted by Regen Ag New Zealand, which is based at the Family Farm in Central Hawkes Bay where his farming systems were also being put into practice. It is the first time he has been in the South Island.

Greg Hart, of the Family Farm, said Mr Salatin's visit was exciting and he was probably ''the best known farmer in the world''.

''Joel's message is very timely as the need becomes obvious to transition to a profitable, productive system of healthy food production that builds soil and reinvigorates family farms and the communities around them,'' he said.

Registrations had come from as far afield as Australia.