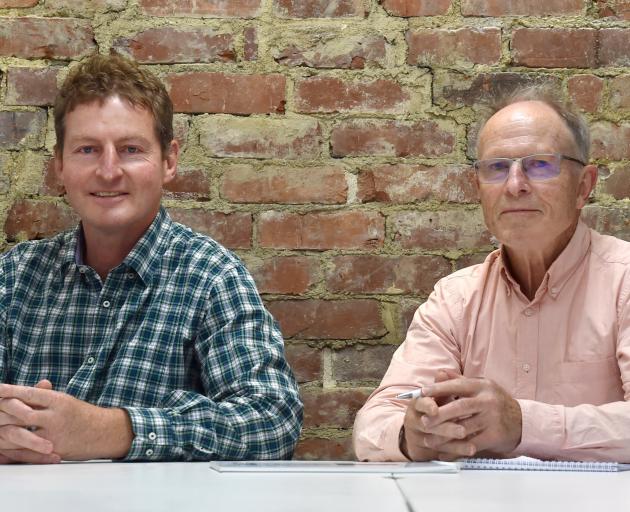 "I think John thrashed me on the court, but that hasn’t stopped us working well together," Mr Richardson said.

The two financial advisers have started Highgate Partners, specialising in financial planning and investment for individuals, couples, and non-profit organisations.

They started the business, based out of the Regus Business Centre in Dunedin, in early December.

The pair had both worked together at another Dunedin firm, but saw an opportunity to go off and start their own venture.

"We saw a need for a firm that was truly independent so we thought we’d give it ago," Mr Alexander said.

Mr Richardson grew up in Taupo and studied law and economics at the University of Otago.

He returned to Dunedin in 2009 with his wife after a career overseas working in the fixed income, currencies and commodities divisions at banks Merrill Lynch International in London and UBS Investment Bank in Hong Kong.

Mr Alexander also studied commerce at the University of Otago and originally worked as a chartered accountant.

Before becoming an authorised financial adviser in 2008, he held senior finance roles at Reuters New Zealand Ltd and the Otago Polytechnic.

With new platforms, such as Sharesies and Hatch, and also new investments like cryptocurrencies becoming available to everyday people, it was "really really important" for people to seek advice, Mr Richardson said.

While the platforms were making people aware of investment opportunities, there were still plenty of "banana skins for people to slip on".

"A lot of those investments will either sink or swim so it’s really important people ask for advice first," he said.

Now the business had obtained its financial advisory license, the pair would be spending January getting the firm up and running, Mr Alexander said.

"We are really excited to be here and get under way," he said.