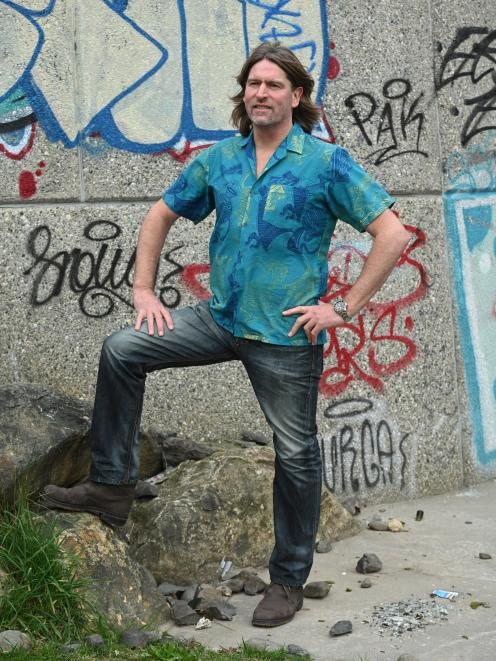 Software firm 1000minds co-founder Paul Hansen is hoping to break into the German market with a new partnership. PHOTO: LINDA ROBERTSON
Paul Hansen wants world domination in the software industry and has teamed up with a German company.

However, the Dunedin co-founder of decision-making software company 1000minds is not getting ahead of himself just yet.

1000minds launched a partnership this week with decision-management consultancy Choiceminer in Munich.

"This isn’t our first partnership but it’s probably our most significant one," Prof Hansen, a University of Otago economics professor, said.

The German partnership opened the door to the fourth-largest economy in the world, which was about 20 times the size of New Zealand’s, he said.

"I was born in Dunedin and it’s hard even to imagine the size of those markets.

"But I’m hoping that if we got a tenth of 1% of the possible business coming out of an economy like Germany and other parts of Europe, that would be a big increase for a relatively small company like ours."

Prof Hansen and Franz Ombler launched the company in 2003 and were joined by Julian Moller in 2012.

Their big break came in 2004 when the Ministry of Health started using its software to rank patients for operations, Prof Hansen said.

Today, the company had about 40 clients, such as the Treasury, police and Deloitte Australia.

Its highest-profile previous client was Google in 2007.

Half of the clients were in New Zealand and half overseas — many from the United States or Europe.

Academics at almost 400 universities around the world used the software for research and teaching, often free of charge.

"We are obviously looking to grow that.

"That’s part of what we are trying to do with partnerships."

Most of the company’s inquiries came from English-speaking countries.

"We’ve never got into Germany before to a large extent because of language differences."

1000minds had five staff split between Dunedin and Wellington, and two in Ukraine and Guatemala.

The company’s founders and several staff were graduates of the University of Otago.

It continued to have strong links with the university.

Increased international exposure led to more customer feedback, which then created a better product, he said.

"Without being too naive about it, our goal, I suppose, is world domination as far as this sort of industry is concerned."

But the company needed to get its product in front of more people to achieve its potential, he said.

"I don’t want to overcook this," Prof Hansen said.

"We haven’t hit the jackpot yet but we’re hopeful."