Ministry of Youth Development general manager of youth Debra Tuifao and He Kakano fund recipient Mokoia Rata and her mother Jacinta Rata at the launch of the He Kakano in Auckland. PHOTO: SUPPLIED
In 2018, Blake Armstrong experienced traumatic personal challenges which led to complete memory loss. 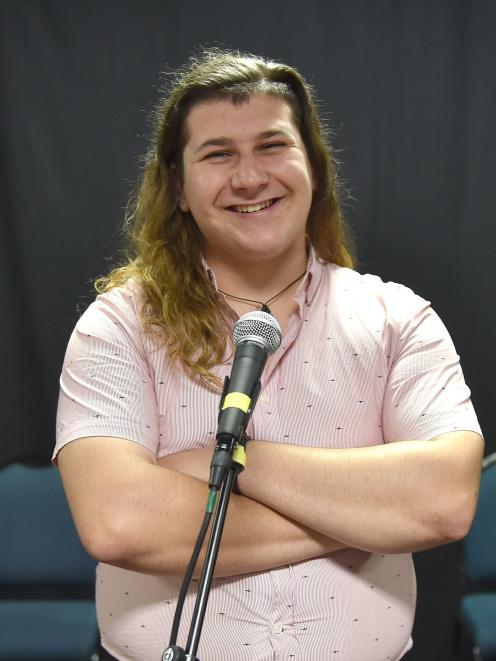 Photographer and He Kakano fund recipient Blake Armstrong (18), of Dunedin. PHOTO: GREGOR RICHARDSON
That year, he bought himself a camera to capture his memories.

Now he is one of two Mana Rangatahi alumni to be selected for a new youth entrepreneurship fund. Mr Armstrong, of Dunedin, and Mokoia Rata, of Taupo, were recently selected as the first recipients of the $2million He Kakano fund, which would grant funding to about 100 young entrepreneurs over the next two years.

The fund — a partnership between The Prince’s Trust Aotearoa New Zealand and The Ministry of Youth Development — had $1million given by the Government and was being matched dollar-for-dollar by private philanthropy and businesses.

Miss Rata and Mr Armstrong each received $10,000 for their respective businesses.

After buying his first camera, Mr Armstrong began volunteering at a local music production taking photos where he secured his first paying client.

He developed his business, Armstrong Photography NZ, while going through the Mana Rangatahi programme.

The 12-week programme was based on applying matauranga Maori principles, critical thinking and resilience based activities for the modern work environment for youth living in Dunedin.

His business had now grown to professional sporting events including Super Rugby at Forsyth Barr Stadium.

"I like to focus on those memories for other people now that I’m back in a good space," he said.

His funding would be used to buy more equipment and he had been offered a photography apprenticeship being mentored by other photographers in Dunedin.

Miss Rata (26) moved to Dunedin in 2020 "to stand on her own two feet" after spending three years studying indigenous Maori art in the North Island.

She taught people how to make traditional Maori medicines in Dunedin and realised the "demand was for the products and not so much the learning".

She joined Mana Rangatahi not long after moving to the city where and was inspired to start her own business, Kohatrade, making and selling her traditional products.

At the end of last year, she moved back to her home in Taupo, where she lives partly off the grid with her family, to focus on building the business.

Miss Rata was excited to be a recipient of the fund, saying she would use the money for distribution and marketing.