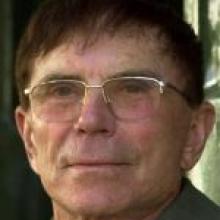 HAGAMAN_earl_020401_gob_den__Medium_.jpg
Christchurch millionaire and founder of the Scenic Hotel Group Earl Hagaman has been recognised for his services to business, tourism and philanthropy.

Hagaman, who with his wife Lani was estimated to be worth $180 million in the 2013 NBR Rich List, has been made a Companion of the New Zealand Order of Merit.

Originally from America Hagaman fell in love with New Zealand while visiting a friend in 1980 and decided to go into partnership to set up a hotel business.

The first hotel they bought was on the West Coast of the South Island - the 48-room Graham Motor Inn.

A further four hotels were bought over the proceeding years and Scenic Circle Hotels was established.

The group now has 10 Scenic Hotels, a further seven Heartland Hotels as well as a five star retreat built in 2009.

According to the Scenic Hotel website the Hagaman's are passionate about the tourism industry and are involved in the wider community through sponsorship and charity.

The hotel group sponsors sports including martial arts, rugby and tennis as well as arts and conservation groups including the "Save the Rowi"West Coast Initiative, the Family Help Trust and the Christchurch City Mission.

Every year the Hagaman family donate a large amount of gifts to the Mission to make Christmas a special time for families in need.

Hagaman, who is said to be in his late 80s has three children with Lani. They live in Christchurch in Coldstream Court in a house once owned by the Ballantyne and Stewart families.

- By Tamsyn Parker of the NZ Herald