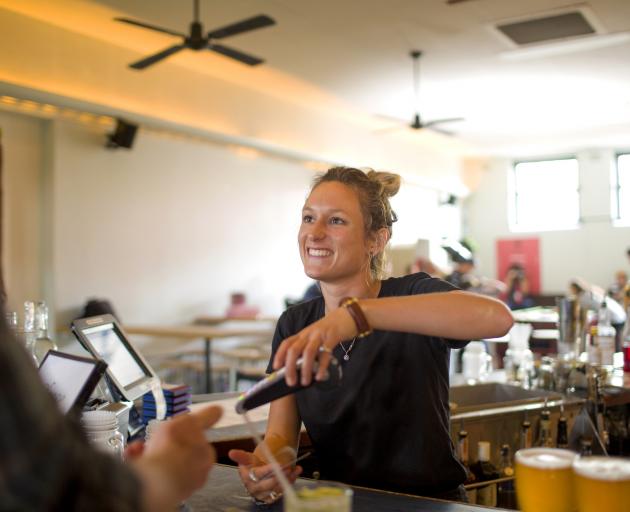 Southerners seem to be embracing 'tap and go' payments. Photo: Getty Images
Shoppers south of the Waitaki River continued to spend in May, according to the latest Paymark figures.

Otago transactions of 5.88million in the month were up 8.2% on the previous corresponding period and the value of those transactions was up 6% to nearly $265million.

"We are embracing the seamless `tap and go' payments contactless cards offer but we are also taking a more cautious approach to spending in general."

Contactless payments were growing in popularity and their impact on the card use patterns were starting to be seen in the data, he said.

Spending did increase in May from the holiday-induced slowdown of April but annual growth remained modest, especially in the major urban areas.

The month-to-month increase showed as a seasonally-adjusted 1% jump in spending through Paymark between April and May, following the 1.4% fall in April.

As had been the case for several months, the lowest growth rates were occurring in Auckland-Northland (2%), Wellington (4.1%) and Canterbury (4.1%).

Conversely, spending growth was strong among the smaller centres like Gisborne (12.6%), Marlborough (11.1%) and Palmerston North (10.7%).

Irrespective of cyclical patterns across regions and sectors, a growing preference for contactless payments was showing through strongly, he said.

The number of transactions through Paymark dropped in the first five months of this year for the traditional methods of
swiping using the magnetic stripe, dipping by putting the card chip into the terminal, and simply exchanging card details. The total fall was 0.25%.

Total transactions were up 4.7% to nearly 600million. The contactless card increase of 42% contributed to all the growth in card usage so far this year, Mr Brislen said.

Contactless cards had been slow to catch on in the early stage of their deployment.

"As more terminals are deployed that can read these cards, and as retailers become more comfortable with the use of contactless cards, the increase in usage is starting to ramp up."