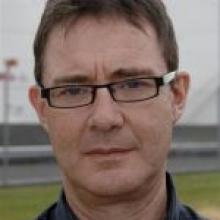 Dr David Lont
Insider share trading in the United States gleaned almost $US2 billion ($NZ2.7 billion) in profits from the buying and selling of stock in faltering debt-laden companies, according to a prize-winning joint study undertaken by the University of Otago's School of Business and the University of California.

The eight-year study, from 2000 to 2007, scrutinised stock sales and buys before and after companies announced breaches of banking covenants. It was led by Prof Paul Griffin, of UC's Davis campus, working with Otago University's business school's Dr David Lont and Kate McClune.

However, if there is any doubt on this, the New Zealand Securities Commission should review the rules to ensure the adverse effects shown in the study are sufficiently covered.

The study hinged on the sale of stock by insiders before breaches of banking covenants were publicly disclosed, which generally then saw the share price fall, partly as concerns of bankruptcy took hold.

This was followed by the subsequent purchase of shares by insiders after banks refinanced the company and the share price recovered alongside the company's turnaround.

Prof Griffin tracked insider stock transactions around the times when 1718 first-time disclosures of debt covenant violations were made by US publicly-listed companies, between 2000 and 2007; before the October 2008 crash.

"The waiver of a debt covenant is an important step taken by a lender to resolve a company's debt problems and help bring the company back to financial health," Prof Griffin said in a statement.

"We find strong circumstantial evidence of what some may see as illegal insider trading that cannot be attributed to other factors.

"But the trouble with this type of insider trading is that the risk of liability or prosecution for the insider is low because the trading typically takes place weeks or months before the public disclosure," Prof Griffin said.

The aggregate return to insider traders - the sum of their losses avoided from selling and their gains from buying stock - was about $US1.97 billion in profits over the eight-year study period.

Dr Lont said those who typically lost out from this type of trading were non-privileged investors who might have sold earlier, had they known about the covenant violation.

"Prompt public disclosure of all insider buys and sells would allow for improved monitoring of unusual behaviour around a material disclosure event.

"If disclosure was done using a data-friendly format that would also help the investing public," Dr Lont said, noting also that listed companies should also have insider trading policies in place.

• At the annual New Zealand Finance Colloquium in Christchurch in February, the New Zealand Institute for the Study of Competition and Regulation (ISCR), based at Victoria University, awarded the study the prize for best paper on financial regulation.