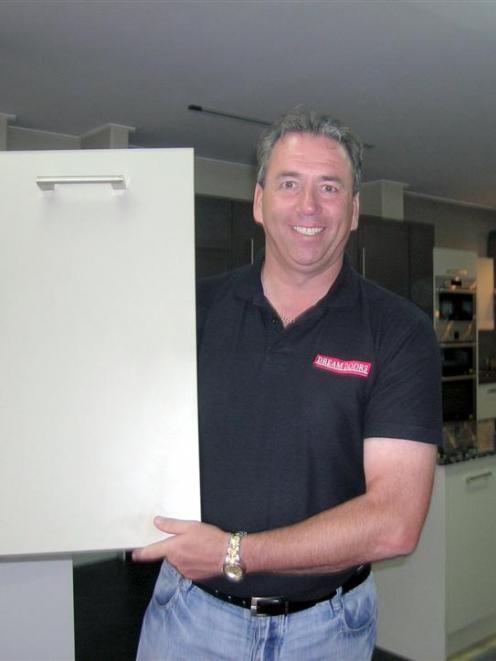 The co-founder of British franchise company Dream Doors Ltd moved to New Zealand in late 2007 and believes business is "not all the doom and gloom" as the media reports.

The first New Zealand Dream Doors franchise was opened in Wanaka in April last year by Eddie Spearing, and that business had met its first-year $200,000 turnover goal within the first six months, Mr Lilly (45) said.

"I believe we could eventually have 50 franchises. I reckon that would take me three years. That's what it took me in the UK. But it could be sooner," Mr Lilly said late this week.

Mr Lilly is proud the British company he founded with Troy Tappenden in February 2000 recently reported overall sales in 2008 of 6.2 million (about $NZ17 million).

That company is experiencing continued growth despite hard economic times, according to Franchise Magazine in the United Kingdom.

"In times of doom and gloom, it is good to see a success story . . . and see my baby growing up," Mr Lilly said.

Mr Lilly is no longer a shareholder with the British company after selling his 50% shares to Mr Tappenden in 2006 for about 400,000.

In 2007, he moved to New Zealand with his wife Vicki, daughter Georgina (10) and son Tyler-Joe (7) to start afresh, after falling in love with the country on an earlier visit.

The British company is not associated with the New Zealand operation, but the two companies honour a commitment to the brand, Mr Lilly said.

"I think in New Zealand, it is stronger and more protective of the franchisee, which is great, in my opinion . . . I have made some significant changes in the way things run compared to the UK," he said.

Mr Lilly never envisaged becoming a kitchen whiz as a teenager growing up in Plymouth.

After he left school, he worked as an engineering apprentice at the Devonport dockyard, a massive naval facility in Plymouth.

He qualified as a mechanical engineer, joined the British Army for five years and then worked in various sales roles, including national sales manager for a company called Sensormatic, a Fortune 500-listed US company.

There, he met Mr Tappenden and they set up Dream Doors to cater for a gap in the market for made-to-measure kitchen upgrades that were "less mess for less stress" and done in a day.

Two-thirds of Dream Doors' work in Wanaka is in replacing kitchen facades, although the company also supplies new joinery for kitchens, bathrooms, laundries and other rooms, as required.

British consumers tended to update kitchens every decade and changed surfaces, cupboard doors and accessories to achieve the desired effect without seriously disrupting the most-used room in the house, Mr Lilly said.

"I wouldn't say there were any challenges at all, but I was breaking new ground for me because I had no experience in the kitchen industry at all," he said.

The six years he spent with the British company were exciting times, as the company expanded from Mr Tappenden's back room to a showroom in Gosport, Hampshire.

Mr Lilly recruited the franchisees and dealt with trademarks and intellectual property while Mr Tappenden worked with sales staff at their local level.

Within three years, Mr Lilly had developed the network into 20 franchises and by the time he left they had built up to about 50.

The key to the Wanaka franchise's success had been in sharing space with retailer Retravision, bringing good foot traffic, he said.

That helped keep overheads low and he would recommend a similar set-up to other franchisees, Mr Lilly said.

"From a business perspective, I could have set up in Auckland. But the communications here are not bad. We've got internet, Skype, video conferencing. With today's communications, you don't need to be in a big metropolis."

While aware some franchise companies in New Zealand had not been successful, Mr Lilly believed franchises were still a "fantastic opportunity".

He believed New Zealand had more franchises per capita than other countries and New Zealanders liked to run their own businesses.

In the UK, franchise territories were linked to postal codes but in New Zealand, geographically distant towns had separate identities, so small franchises could be offered in New Zealand at lower prices.

Mr Lilly said he was offering franchises for an initial fee of $5000, covering such things as training, software, clothing, and letterheads.