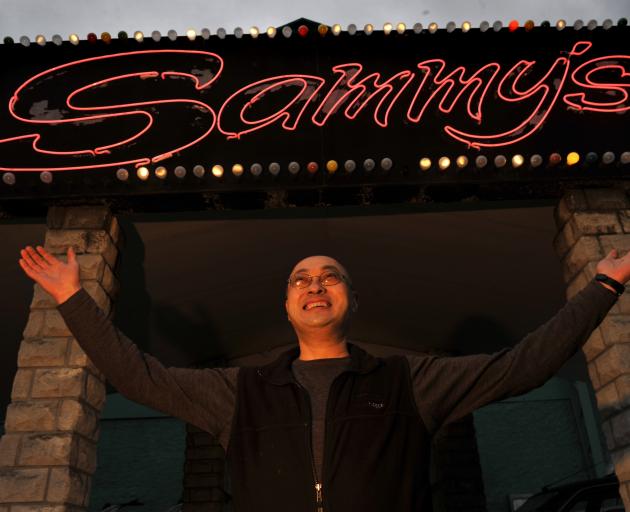 Sam Chin outside Sammy's when it reopened in mid-2011. Photo by Gerard O'Brien.
The sale of Dunedin live music venue Sammy's is in the offing.

Potential buyers are completing due diligence on the 121-year-old building in Crawford St.

The building was for sale on a freehold basis, and in an unusual move, Dunedin investment company Oakwood Properties, owned by the Marsh family, was offering the land for sale, while Dunedin's Chin family was selling the building.

Colliers International director Dean Collins said the building was ''under contract'' to a buyer, who was undertaking due diligence.

He was unable to name the would-be buyer, as they were represented by a third party.

Neither did he know what plans the prospective buyer had for the building.

He was expecting a final decision on the sale by the end of the month.

The building was built in 1896, as the Agricultural Hall. It later
operated as a theatre, then screened movies, and became Sammy's Cabaret and Restaurant in 1983. 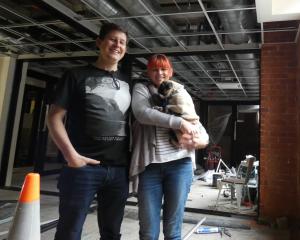