Locally made ventilator hoods to aid Nepal in Covid fight 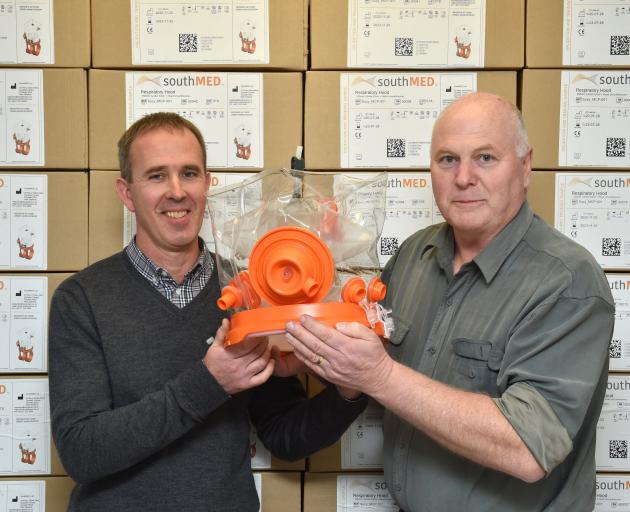 The group was originally asked by David Parker, then economic development minister, whether it could develop the hood when New Zealand was facing uncertainty concerning the pandemic, especially in the absence of an available supply from overseas.

SouthMED has been funded by philanthropist and businessman Cliff Cook.

After New Zealand managed to contain the virus, the company further improved the hoods and turned its attention to helping global supply.

Nepal was experiencing the same pandemic severity as India, but without the same world attention helping to channel resources its way, SouthMED chairman Mark Seaton said.

"There is a whole big wide world out there that is really struggling and it’s hitting the countries who don’t have the financial means to get the equipment they need.

"We’re sitting here ready to go with a pile of stock and it didn’t seem right with the situation out there," he said.

In response to the significant shortage of oxygen supplies faced by countries, the company made an innovative addition to the product that cut oxygen use through a positive pressure, non-invasive ventilation solution.

"While maintaining the advantages of reduced mortality risk, reduced length of treatment and a high level of infection control compared with mask-based options provides considerable benefits in a Covid scenario," he said.

About 200 hoods, all with locally sourced parts, have been made at its Dunedin premises.

Of those, 80 will be sent to Nepal and can be used in many medical settings including ICU.

It is also hoped feedback on the use of the hoods being sent to Nepal will help further develop the product.

"That is a big drawcard for us. We got a certain amount of feedback from the hospitals and medical professionals already but there is nothing like it being used by the people who really need it," Mr Seaton said.

It was anticipated the start-up would secure other sources of funding to expand the production of the hoods, he said.

The hoods were due to leave from midweek and could be in use in Nepal by next week.