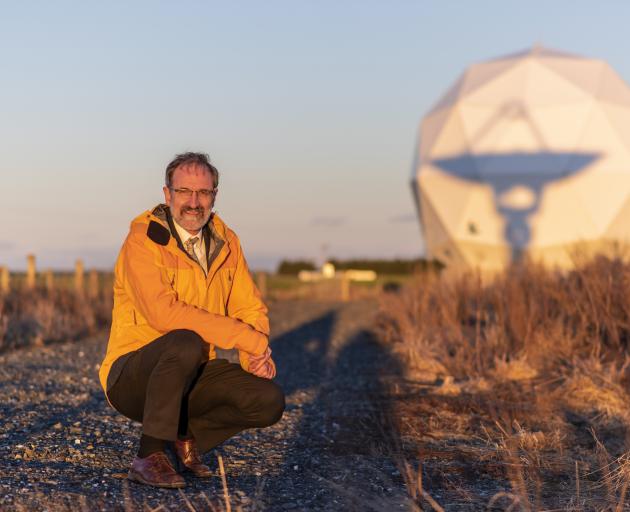 Robin McNeill stands in front of one the 35 antennas at Space Operations New Zealand’s Awarua station. PHOTO: DAVE ALLEN
Robin McNeill has worked all over the world in the telecommunications sector, but there is something about Southland that keeps drawing him back. Riley Kennedy talks to the man on a mission to secure the region its share of the booming global space industry.

His passion started as a 5-year-old in Auckland when his best friend’s father went on a scholarship to Michigan University to study radio astronomy and his work ended up being used in the Apollo programme.

"So my best friend’s father helped get Neil Armstrong on the moon," Mr McNeill said.

After graduating with an engineering degree from the University of Canterbury in 1981, he moved to Invercargill to work for the New Zealand Post Office, and later, after its division in 1987, to Telecom NZ, building telephone exchanges and constructing underground cables and microwave radio links.

It was his viola teacher who encouraged him to make the move to the southern city, saying he would make friends for life.

"She was right — my wife and I live here by choice and it is neat that I have a job I love and I get to do it in a part of the world I like living in."

After spending nearly 20 years at the New Zealand Post Office and Telecom NZ, he spent time working for a start-up and the United Nations.

The company runs the AwaruaSatellite Ground Station, between Invercargill and Bluff, which has 35 large antennas used for sending information to satellites, passing overhead between 400km and 800km away, and also downloads information from the satellites. 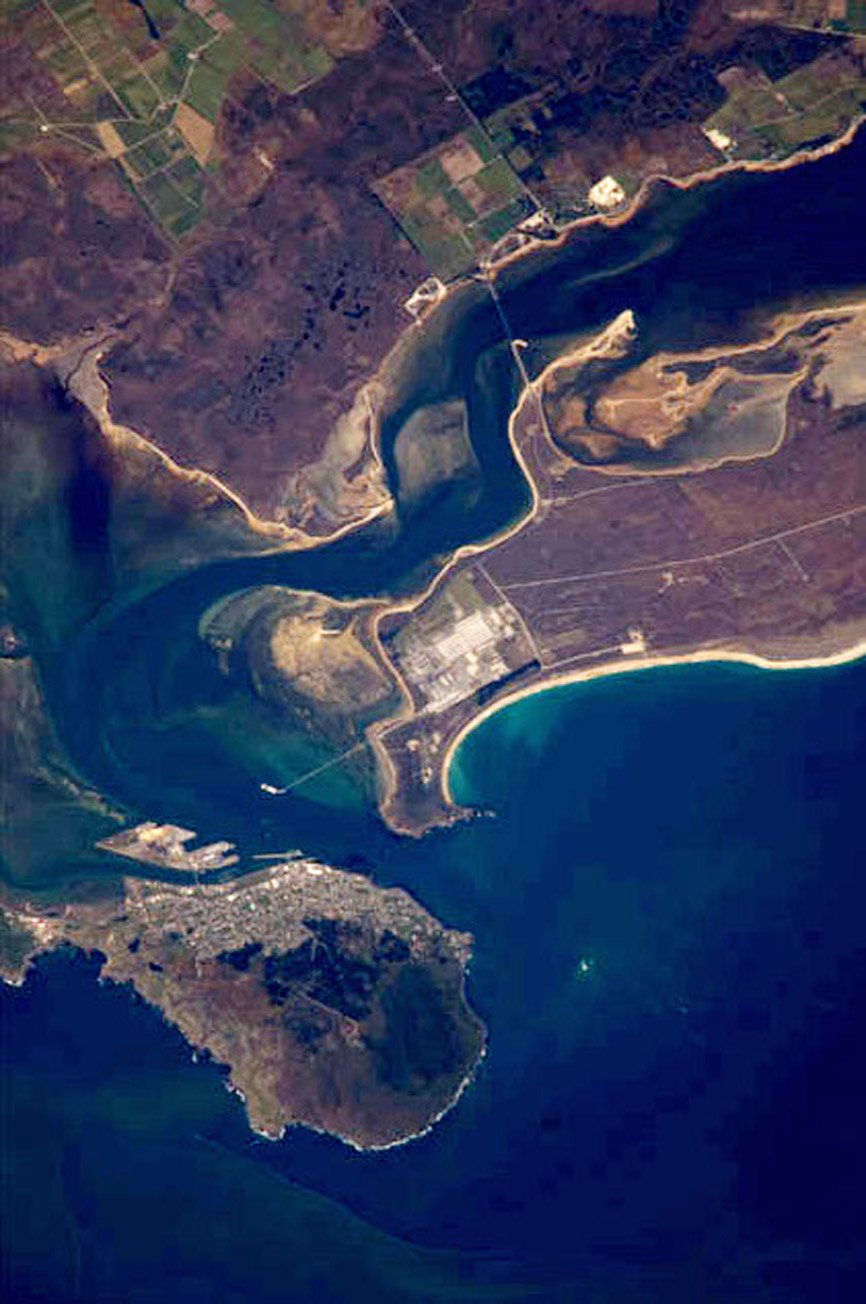 The view of the Awarua station from the international space station. PHOTO: NASA
The space business began operating in 2004, but was a part of the region’s economic development agency Great South.

Back then, the European Space Agency needed a down range station for a launch campaign and approached Venture Southland, Great South’s previousincarnation, for help.

Already working at the agency, and with his love for space, Mr McNeill quickly responded "of course we can".

He admitted that it was seen as an out-of-the-box thing to be working on, with New Zealand not having much of a desire to be part of the space industry.

The new standalone subsidiary was formed after it was recognised that the economic development agency was there to encourage growth, not take charge of the growth itself.

Mr McNeill believed it gave the organisation a focus which was hard for it to have before.

"We were probably the only space company in the world who did Shakespeare in the Park as well as support rockets," he said.

Mr McNeill believed the space industry was very collaborative — "even the competitors help each other a bit".

"We knew we were in the really big time when a big company in the space world rang us up for advice.

"That is better than where we were 10 years ago, when it was the other way round," he said.

While Mr McNeill’s career had been largely spent in Southland, he could also claim that he helped connect a country to the world.

For two years in the mid-1990s, he and his family lived in Tokelau, a small island territory near Samoa with a population of just 1500.

When they first arrived, the territory had a short-wave radio link which connected its three atolls — Fakaofo, Nukunonu and Atafu — and back to Apia in Samoa.

He was tasked with designing and building a "micro-Telecom NZ" for the country called "Teletok".

That involved everything from writing the legislation, figuring out who was going to own it and building the infrastructure.

"By the time we left the phones were ringing hot," he said.

He also did same in for the shortwave radio system in Scott Base, in Antarctica.

Telecom NZ wanted to install an antenna and Mr McNeill was again tasked to redesign the base’s radio communication away from the shortwave system.

Building a foundation for an antenna on the ice was somewhat different from elsewhere.

"You bore a big hole then put the pile down and tip a 44-gallon drum of boiling water down it.

"Cold water was no good because it froze half way down," he said.

Most of the projects were largely completed in New Zealand and only required about two weeks spent on the ground.

Mr McNeill likened his career in the space business to the movie about Neil Armstrong, First Man.

"Neil has got his head down working hard, studying hard and every now and again he looks up and looks at the moon and says ‘wow’.

"We are a bit the same. We looked up and saw the international space station going over and I thought ‘wow that’s us’," he said.

Not long ago Mr McNeill pulled out the strategy he wrote for the region 12 years ago, to have a look at how far the southern space industry had come.

Some things had changed but "essentially we are achieving what we set out to do and we are going to continue to add value in the future".

Putting commercial goals to one side, Mr McNeill’s ultimate dream is to get a Southland school pupil into space.

"If we can’t do that, we just want to get them excited about it," he said.