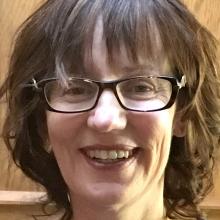 All indicators covered by the  index regarding the South declined in June,  the lack of both skilled and unskilled staff continuing to erode businesses’ efforts and confidence.

Index scores above 50 reflect expansion, and below, contraction. Otago-Southland plunged from a healthy 58.6 in May to 41.9, which was also well below last year’s average of 57.1, Otago Southland Employers’ Association chief executive Virginia Nicholls said.

"This is a sudden decline, and for the first time this year, is lining up with declining business confidence," Mrs Nicholls said of the numerous monthly and quarterly business surveys reflecting pessimism.

Nationally, the index eased from from 54.4 in May to 52.8, the lowest expansion in six months. Otago was bottom of the four regions,  and all others were above 50 points.

NZIER economist Christina Leung said confidence was at a seven-year low, expectations of profitability in the coming quarter were down  and numbers had doubled in businesses expecting a deterioration in the months ahead.

Mrs Nicholls said the Otago-Southland index, which had hit its lowest point in three years, saw declines in all categories, including employment levels, new orders, production levels, stocks of finished products and deliveries of raw materials.

"Although this feels counter-intuitive, the feedback across the region is consistent: manufacturers are continuing to find it difficult to recruit both skilled and unskilled staff," Mrs Nicholls said.

Employment issues had been reported for more than two years now to varying degrees, especially in the southern construction, tourism and  hospitality sectors.

Also affecting the index were "significant concerns" held by businesses around the Government’s  Employment Relations  Amendment Bill, which was reducing confidence in future investment, she said.

Some good news from the survey was that the proportion of positive comments was sitting at a "respectable" 62%, although that was still a decline compared with May, she said.

She said  southern food and beverage manufacturers had reduced demand because of seasonal factors, and while the construction industry was still busy,  work in the sector was stabilising.