Media merger rejection 'not difficult at all' 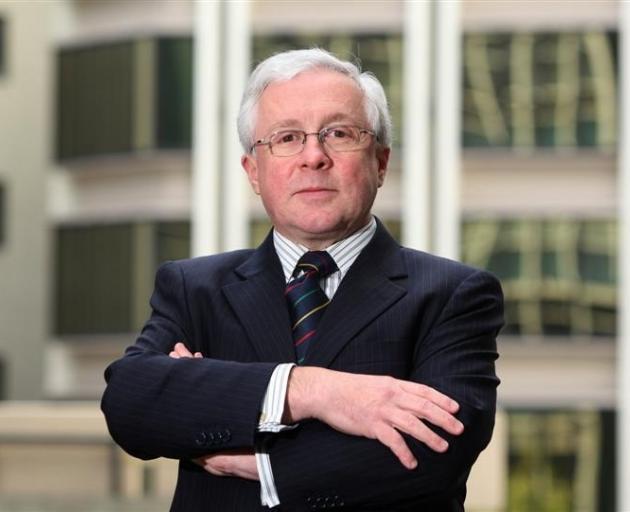 Speaking to BusinessDesk as he prepared to hand the commission's leadership over to Anna Rawlings from the first of this month, Berry said the decision to turn down the proposed merger between Vodafone and Sky Network Television was "far more difficult".

The commission shocked the country's two largest newspaper and online news companies when it turned down an application to merge which NZME and Stuff argued was necessary to create a business with sufficient scale to compete against social media platforms and search engines like Facebook and Google.

Such platforms have been hoovering up the majority of the online advertising spend in New Zealand and offshore since the late 2000s, creating existential challenges for news businesses that traditionally relied on advertising revenue to support their news operations.

"There was some confusion that we were being asked to come up with a solution to that problem," said Berry, whereas the commission had chosen to "focus on the reader side of the market".

The local pair sought judicial review as far as the Court of Appeal but gave up in September last year after the courts' rulings, if anything, strengthened the commission's reasoning that the merger was a greater threat to readers, who risked losing the "plurality" of media voices that were an essential part of a democratic society.

However, Berry said he found the outcome unexceptional and predictable and he was surprised by "the argument that we were overstepping the boundaries (of the Commerce Act) by going beyond economic factors".

"That's been settled for nigh on 40 years. We didn't break any new ground."

While it was true there were few merger applications that were "so heavily weighted to non-economic factors", the commission "didn't deviate from the conventional analytical framework", said Berry.

"I really believe it wasn't up to us to leave that transaction alone and let the debate occur after the event."

While an application to merge on grounds of financial vulnerability might have been decided differently, the media companies did not pursue that angle, Berry said.

The pair continued to pursue separate strategies through the two years and four months they spent seeking the merger's approval, with Stuff following a free content and associated services model while NZME has recently introduced paywalls for premium content.

NZME shareholders may get an update on that strategy at the company's annual meeting in Auckland on Wednesday.

Meanwhile, the Australian Financial Review reported last week that buyers for the Stuff assets are thin on the ground.

The New Zealand operation has been for sale since Sydney-based Nine Entertainment bought Stuff as part of the takeover of once iconic Australian media company, Fairfax.

Berry said he was unsurprised that media coverage of the merger hearings was weighted to the publisher's views although he "did get a surprise on a Saturday morning when I saw an open letter in the papers before the hearings" in support of the merger, signed by numerous senior editorial staff.

By comparison, Berry said the Vodafone-Sky merger was "very difficult" because the commission had to make assumptions about how the combination of highly valued sports broadcasting content with the advent of 5G internet would affect both the telecommunications and media entertainment sectors.

"We have been legitimately criticised for making theoretical assessments and judgment calls" in that decision, he said.

The commission ultimately rejected the Vodafone-Sky proposal, which dwarfed the NZME/Stuff proposal, at a value of $3.44 billion.

Berry said the Court of Appeal's decision on NZME/Stuff had elements that "could reshape consumer law".

"It's fair to say that the full implications won't be known for some years to come. Typically, applicants argue economic efficiency (in merger cases) but this decision leaves open that if those benefits aren't demonstrably for the benefit of the consumer, the courts can discount those benefits."