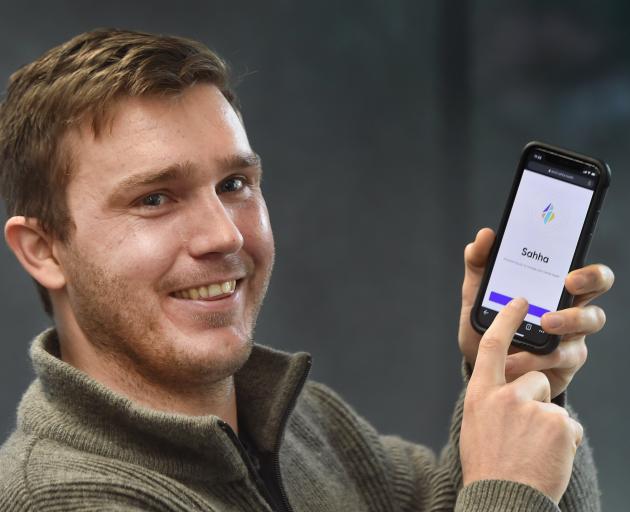 Sahha is a mobile app that uses a person’s phone to follow their mental health status and assesses whether they are at risk of depression.

The organisation invests in companies that aim to create a difference in society, for a 12% equity stake in the business.

In the latest round of Antler’s funding, Sahha was the only New Zealand company to feature.

Dunedin entrepreneur Aleks Dahlberg started Sahha last year with Doug Macdonald, who is based in Australia.

The pair were connected through people in Antler network because they had a similar idea.

The idea for the app had always been in the back of Mr Dahlberg’s mind and, after leaving a previous business, he decided to "give it a go".

"I was going to have a bit of a break for a while but that lasted about two weeks and I thought ... I’ll do it," he said.

The idea was inspired by Mr Dalhberg’s own experience with mental health issues.

Rather than being a questionnaire that users could trick, it used behavioural data such as language, activity, sleep and location sourced from the phone.

The funding would go towards further development of the app, Mr Dahlberg said.

"We have a lot of research to be done; we have academic research partners we are working with because it is really really super important that we are a science backed business.

"That is so the indications we are giving people about their mental health is accurate in helping them and that is top of mind for us," he said.

The company would be participating in studies at the University of Otago and at an Australian education institute, yet to be named.

The company hoped to be able to take on some early commercial customers as well, Mr Dalhberg said.

"We are very keen to work with tertiary and secondary education providers because we know students often struggle, so it would be good to see whether we could be a solution there.

"Defence, government and district health boards are some other areas we want to look at as well," he said.

Sahha was also raising additional funds to speed up different areas of the business, including product design and being able to have more science advisers and psychologists on the team.