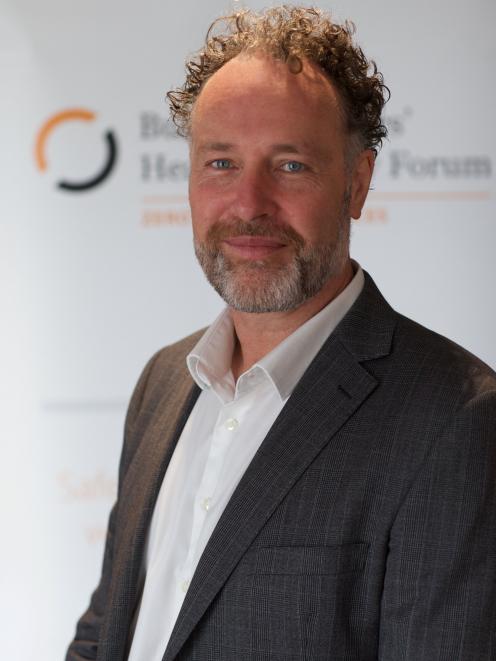 Business Leaders' Health and Safety Forum executive director Francois Barton was talking about a company’s responsibility for mental wellbeing in the workplace.

Mr Barton believed it was a hidden pandemic and it was only getting worse as Covid-19 put pressure on an already bad situation.

The Wellington-based executive has spent 15 years working in the health and safety area, which included working for the Department of Labour in the mid-2000s and for WorkSafe.

Next week, Mr Barton is hosting two workshops with the Institute of Directors in Dunedin and Invercargill, focusing on what organisations and businesses can do to support the wellbeing of staff.

It was a "critical obligation" for business leaders to understand how the work their staff were doing helped or hindered their mental wellbeing, Mr Barton said.

While mental wellbeing was becoming a conversation often had in the workplace, business leaders were still challenged about how they could step into that space appropriately.

There was no doubt the workplace had changed over the past 18 months.

"The idea of your entire workforce working from home 20 months ago would have been seemed stupid, and flexible working arrangements and the distance we have come with that is incredible.

"When we have to, we are able to adapt and redesign how we work quickly and successfully," Mr Barton said.

The key was now for businesses to apply that same adaptable leadership to mental wellbeing and "find the vaccine for mentally healthy work".

Improving workload and work-pace, introducing flexible arrangements and creating purposeful work would achieve a lot of individual benefits, which would then help improve the whole workplace.

"It will produce productivity, innovation and in a tight labour market, being a mentally healthy employer will come as a premium," he said.

Mr Barton described it as a office building with a lot of hazards.

"If you walked into an office and there was a whole lot of live wires sticking out of the walls and sticking out of the floor was steel reinforcing rods, it would be unacceptable to say on the way out ‘here is a bunch of Band-Aids to stop the bleeding," he said.

The mental health space was still focusing on patching people up and pushing them back into the same environment.

The focus had to shift to redesigning the work "so we can get rid of the metaphorical live electric wires", Mr Barton said.