Meridian Mall up for sale

Dunedin’s Meridian Mall is on the market. PHOTO: GREGOR RICHARDSON
The "for sale" sign is up on Dunedin's most popular shopping mall.

The Meridian Mall in George St - the jewel in the "golden block" of the city's retail hub - is being sold as part of a trifecta of retail assets that include Dress Smart outlets in Onehunga and Christchurch.

Lendlease says it is expecting more than $350 million for the portfolio but said it would consider an offer to buy the Meridian separately.

According to the Dunedin City Council website, the mall and parking lots span three separate titles with a combined capital value (at January 2016) of $68.3 million. 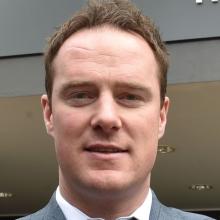 Dean Collins
The original Meridian was opened in 1997 and today is headlined by national retailers Kmart and JB Hi-Fi as well as South Island department store H&J Smith.

The centre, which sprawls across almost 1ha of downtown real estate, boasts a 95% occupancy, with 65 tenancies across a lettable area of more than 16,000sq m and 650 car parks.

Lendlease fund manager Matt Bowyer said the properties had performed well for investors, but the investment fund was created to run for a "fixed term" and that had triggered the sale process.

"We expect the portfolio will be strongly sought-after ... given the assets's strong fundamentals and long-term financial performance."

Lendlease has appointed Colliers International to market the portfolio with CBRE Australia added to the marketing mix for international prospects.

Colliers Dunedin director Dean Collins said it expected good interest because of the great location and the city's economic prospects.

This included the $1.4 billion investment in the new Dunedin hospital.

He said retail spending power in the retail hub of Dunedin had been estimated at more than $2billion.