New tech to speed up airport 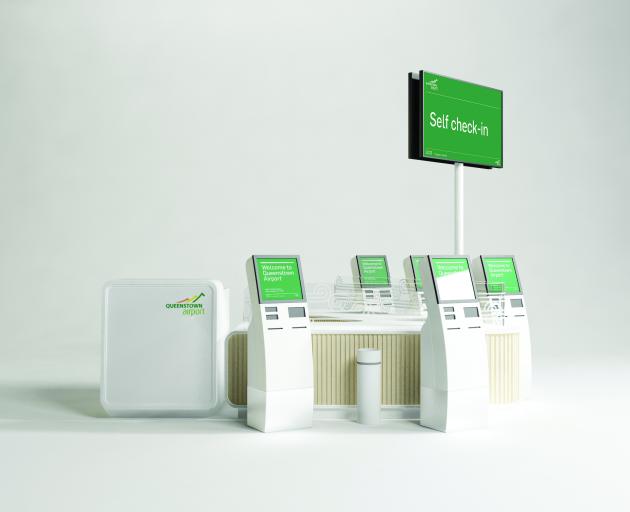 Self-service, check-in "pods'' are part of a suite of changes coming to Queenstown Airport in September and October as part of a two-year, multimillion-dollar upgrade to the facilities. Photo: Makebardo
Queenstown Airport will become the first in the world to use fully integrated, self-service technology which aims to reduce terminal congestion by up to 60%.

The airport has enlisted Melbourne-based Elenium Automation to provide the end-to-end product, expected to be operational by the end of October.

The check-in pods will enable any passenger on any airline other than Air New Zealand, which has its own, to use the self check-in facility.

The drop counters mean passengers on any airline could use any bag drop counter - at present, specific counters were allocated to each airline operating in Queenstown.

Elenium Automation chief executive and co-founder Aaron Hornlimann said the project represented a ''significant modernisation'' for the 84-year-old regional airport, and a ''leap forward'' for Elenium.

''We're thrilled to be partnering with Queenstown Airport to prove that significant efficiency and passenger experience gains can be achieved anywhere, not just at large airports.

''Our ultimate vision is for passengers to simply walk through the airport unencumbered.

''It will be exciting to see this approach being phased in at Queenstown.''

The airport's June passenger statistics show the total number of people travelling through the terminal increased by 4%, to 150,011, compared to June 2018.