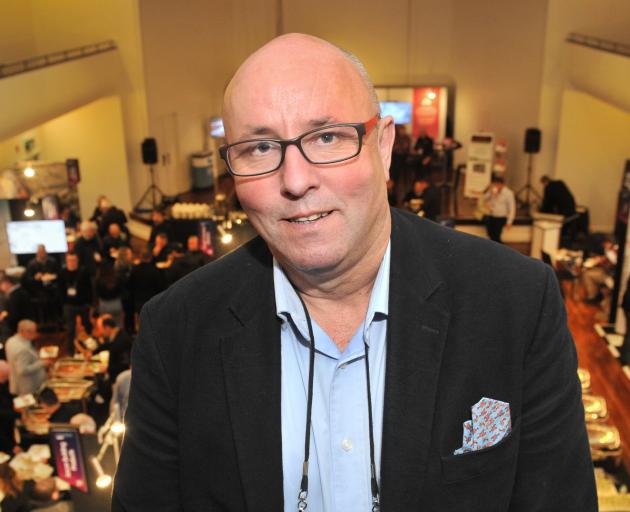 Concrete NZ chief executive Rob Gaimster. Photo: Christine O'Connor
Concrete is one of the key building blocks in most of our cities, bridges and other infrastructure. It is relatively cheap, durable and easy to work with.

However, the production of its core ingredient - cement - is a major contributor to climate change.

According to international think tank Chatham House, the four billion tonnes of cement produced globally each year contribute around 8% of the world's greenhouse gas emissions (GGEs).

That's not that far behind the global agriculture ledger, which is at 12.5%. If the cement industry were a country, it would be in the top three of CO2 emitters behind China and the US respectively, Chatham House says.

Cement is produced by heating limestone, sand and clay to very high temperatures.

Much of the CO2 emissions come from gas released during the cooling process into its raw "clinker" form.

Concrete NZ's sustainability committee estimated that the local industry had contributed around 1.4 million tonnes of CO2 over the same period, representing a 10% reduction over the past three years.

Concrete NZ chief executive Rob Gaimster said this had been done through modified kiln fuel use and the use of limestone filler in cement to reduce the "clinker factor".

"Eighty to 90% of emissions associated with concrete stem from the manufacture of Portland cement, so an obvious CO2 reduction strategy is cement replacement to reduce clinker factors."

He said use of waste streams from other industries, or supplementary cementitious materials (SCMs), such as fly-ash from coal-fired stations and silica fume (from ferrosilicon alloys manufacture) had already replaced around 1.5% of cement sold in New Zealand.

Additionally, technology streams being developed internationally would enable the industry to capture CO2 at source to be disposed of underground or be "upcycled" to form limestone.

He said navigating towards net zero carbon would be a "significant challenge" for all New Zealand businesses.

"What is clear is that it will require significant investment in renewable energy generation, public transport and infrastructure, all of which will be delivered in part through the use of concrete."