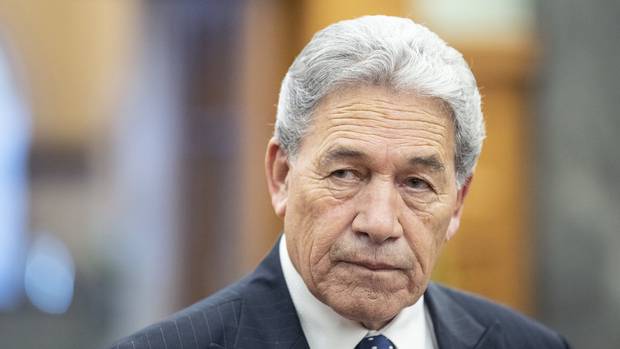 Deputy Prime Minister Winston Peters attributed the decision to Covid-19. Photo: NZ Herald
APEC will go ahead in 2021 but the event will be hosted by New Zealand using digital platforms.

"Covid-19 has seriously impacted how we conduct international diplomacy. That includes hosting APEC. As has occurred with many other international government-to-government events, APEC21 will proceed using virtual digital platforms," Peters said today.

"Given the current global environment, planning to have such a large volume of high-level visitors in New Zealand from late 2020 onwards is impractical.

"For planning and security reasons, we had to make a call on our APEC hosting now. It wasn't practical to wait for many more months till a clearer picture of the virus' spread emerged."

A digital version may allow for the event to go ahead, but it will come with significant economic loss.

The Asia-Pacific Economic Cooperation is a regional economic forum established in 1989 to leverage the growing interdependence of the Asia-Pacific and has 21 members.

With up to 22,000 participants, including leaders, ministers and media, Apec 2021 was set to be the largest event hosted by the Government to date.

The Ministry of Foreign Affairs and Trade had described it as a once in every 20-year investment opportunity and its loss is a huge blow to the accommodation and hospitality sector.

Several new hotels and extensions to hotels have been timed around the event.

The year-long summit culminates in Leaders' Week, originally set to be held in November at Auckland's SkyCity International Convention Centre.

The Government started shopping around for new venues at the start of this year when it became apparent the impact of a massive fire at the convention centre in 2019 meant it wouldn't be finished in time.

There was initially speculation that the event might be called off altogether.

"While Leaders' Week isn't till November 2021, if we had hosted an in-person APEC we would have seen thousands of people entering NZ from late 2020 onwards, some from Covid-19 hotspots," Peters said.

"We simply couldn't guarantee these people would be able to enter New Zealand without being quarantined."

Peters said hosting a virtual event was a pragmatic decision, given the current circumstances.