Port Otago in full flow with two cruise ships and a cargo ship visiting earlier this month. PHOTO: GREGOR RICHARDSON
Port Otago's half-year profits have dropped 16% on the year previous due to difficult spring conditions, but the company says the results were solid, thanks to sales of investment properties. 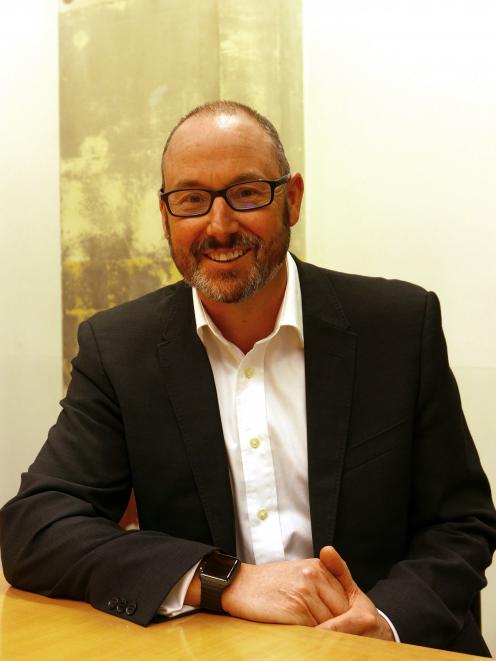 Kevin Winders
With another difficult six months to come, due to the Covid-19 outbreak and the slowdown in global exports to China, Port Otago chief executive Kevin Winders said the company was resilient enough to deal with the challenges ahead.

They announced a half-year profit of $7million, down from $8.3million for the same six months to December 2018.

The downturn in profits was caused by bad weather leading into summer, Mr Winders said.

"This year we’ve had some quite strong winds and ... for safety [reasons] you can’t bring them in. We’ve missed the opportunity for us and obviously the Dunedin community’s missed out on those visits."

Since Christmas the port had "had a good run" with cruise ships, and 28 more were expected before the end of the season.

The wet weather in spring also meant grass growth was down and "production’s a bit back so everything’s just a wee bit off," Mr Winders said.

"Where you think you’ll get a bit of a kick up with volume ... it’s pretty flat."

Of those, chilled and frozen container volumes were up 10% while dry containers, usually containing dried milk powder and timber products were down 5%.

Where the container side of the business was flat, Port Otago’s property business Chalmers Property Limited had done well with sales at the company’s development site in Te Rapa, near Hamilton.

"Between the two [containers and property] we’ve got a good result," Mr Winders said.

Port Otago directors were able to announce an increased dividend to $4.5million, up from $3.6million.

"The board’s declared an interim dividend of $4.5million, up a bit on last year, showing that we’ve got an ability to pay a dividend even though our result’s flat," Mr Winders said.

Expectations of more good results from the property side of the business — including the leasing of warehouses near Auckland — backed up that dividend, Mr Winders said.

"We had a big sale, a $9million sale that we thought was going to get in the half-year, but it didn’t — it actually landed in January.

"The second half for the property company is going to be strong just because we’ve got those unconditional contracts and they will settle."

That will become important as the business deals with the ongoing downturn in trade due to the Covid-19 outbreak in China.

"We signalled it would impact us. Obviously lower earnings as a result ... we think volumes will be down.

"But when the foresters leave the trees growing ... not a lot happens, there’s nothing to move."

He said it would become important to manage the port’s costs, which were largely fixed.

The business was in a good place to weather the ups and downs, Mr Winders said, pointing to a reduction of $8million in bank debt to $83million.

Shareholder equity in the company increased 6% to $515million from June 2019.

Operating expenses were up 8% to $36.2million, due to increased staff costs, marine maintenance, higher fuel costs and container yard maintenance.

It was the port’s first presentation at the Otago Regional Council since the election last year and Mr Winders was happy with how it went.