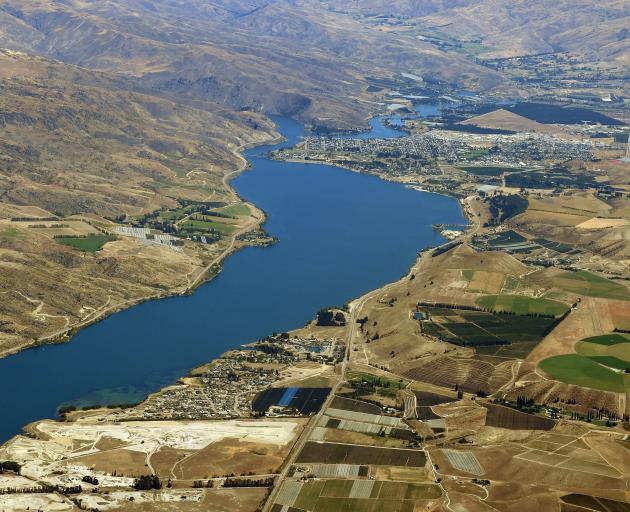 Median prices around Central Otago rose by about $71,000 compared with February last year; pictured, looking down Lake Dunstan towards Cromwell. Photo: Stephen Jaquiery
The volume of residential house sales across the country plunged almost 10% in February, but prices continued to rise in 15 of 16 regions, records being set in five places.

Anecdotally, it appears investors in Dunedin are decamping the market, while making a return to Queenstown.

Central Otago booked a 14.2% gain to $570,000 and Queenstown Lakes district declined by 3.1% to $885,000, according to the Real Estate Institute of New Zealand data released yesterday.

REINZ chief executive Bindi Norwell said while 15 out of 16 regions had annual median price increases, five set records which highlighted the housing market strength around much of the country.

''With house prices continuing to rise at such a pace, this puts even more of a dampener on any notions of New Zealand following in Australia's footsteps in the short to medium term,'' Ms Norwell said.

REINZ regional commentator Liz Nidd said it appeared investors in the rental market who did not want to spend money to improve their properties to new standards required by legislation, were now leaving the market.

''This is unfortunate in a rental market with an acute shortage of property available and is likely to push rental prices higher again than they are now,'' Mrs Nidd said.

''A lot have already missed out on several properties and are following the new stock almost by the minute, judging by the emails that arrive as soon as a property goes 'live','' she said.

REINZ regional director Gail Hudson said it had been a slow start to the Queenstown Lakes market so far this year. Median prices were down 3.1% to $885,000.

She said with the disappearance of the overseas buyers, because of restrictions, inquiries for houses in the higher end of the market at $2million and above had '' dropped drastically'' and days to sell were pushed out by nine days.

''[However] investors are back and there were higher activity levels at open homes, and we anticipate this increase will continue in the coming months,'' Mrs Hudson said.

There had been an upswing of inventory, up 15.5% year-on-year, and new listings rose 11.8% for the same period.

Mrs Hudson said premium properties were attracting buyers' attention while the middle of the market was slow.

''We saw the same number of cash buyers as in January, mainly in the lower end of the market as the top end is slowing,'' she said.

She said first-home buyer and investor demand slowed and days to sell had increased from 36 to 40, year-on-year.

While autumn had arrived, Ms Norwell said there was no indication of anything except a continuation of the strong market at this stage.