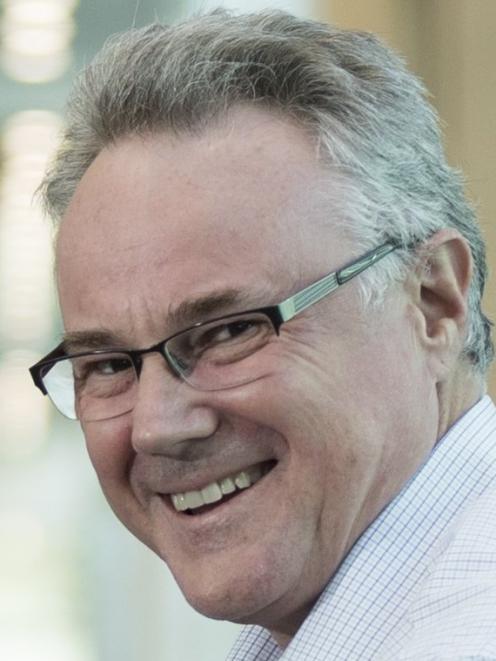 Lewis Gradon. Photo: ODT files
Fisher & Paykel Healthcare reported a record net profit, at the top end of its guidance, but some brokers were underwhelmed by the result for the year ended March.

The company's operating profit of $309.4 million was up nearly 13% on the $274.2 million reported in the previous corresponding period.

Forsyth Barr broker Lyn Howe said the ex-litigation costs profit was weaker than she expected, although the lower litigation costs resulted in the after-tax profit "modestly ahead'' of forecasts.

FPH would pay a final dividend of 12.5c per share, up 11% on the pcp and weaker than Forsyth Barr forecasts.

FPH provided first time 2019 financial year guidance of about $210 million for the after-tax profit and revenue of $1.05billion. Again, they were below expectations and market consensus, Ms Howe said.

"We expect this predominantly reflects a weaker Homecare result given the company has yet to launch new products, particularly in the full-face mask category.''

Forsyth Barr would be seeking greater insight on cost structures, particularly litigation costs, to better understand the breakdown of guidance, she said.

Company products and systems were used in the treatment of an estimated 13 million patients around the world in the last financial year.

"We are pleased with the consistent growth we are seeing in our hospital product group.''

In particular, the Optiflow nasal high flow therapy was driving growth, benefiting from a growing number of influential studies pointing to its effectiveness in reducing the need for more invasive therapies and reducing the length of hospital stay for patients, Mr Gradon said.

Growth in the Homecare group was not as strong as the previous few years but FPH was pleased with the response to the most recently released mask, the F&P Brevida nasal pillows mask.

Gross margin increased to 66.3% due to a favourable product mix and increased volume from the Mexican manufacturing facility.

FPH had made good progress with the construction of the fourth building on its Auckland site and the second manufacturing facility in Mexico.

The company's investment in research and development continued. Expenses grew by 10% to $94.7 million, representing 10% of operating revenue.

During the year, Optiflow Junior 2 was released in the United States, Canada, Europe and India.

The F&P 950 respiratory humidification system for adults was continuing to be rolled out around the world and the neonatal version was recently launched in New Zealand and Australia, Mr Gradon said.

"Looking out further, we have a strong new product pipeline, including more new humidification systems, flow generators, masks and consumables.''

FPH was well positioned to meet the growing demand for its products from an increasing investment in healthcare around the globe, he said.

The company expected capital expenditure for the 2019 financial year to be about $160 million to $170 million as it increased capacity for both existing and new products and continued its building programmes in New Zealand and Mexico.