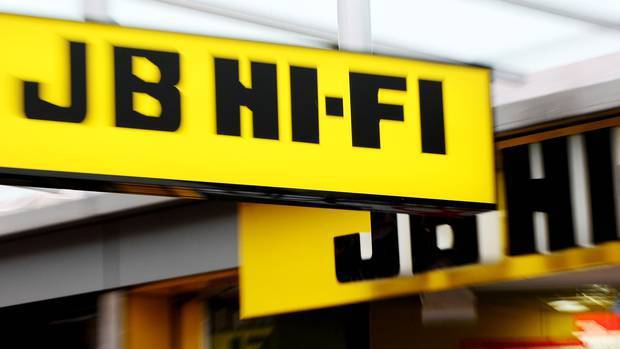 Photo: NZME
Sacked JB Hi-Fi sales star Shailen Kumar says the $66,300 he has been awarded for unjustifiable dismissal is not enough.

He also wants his job back.

"The money is not the reason I fought this case," Kumar told the New Zealand Herald.

"The money means nothing to me. I fought the case for my pride.

"To get my job back, would be to get my pride back."

Kumar said he had suffered depression and sleeplessness and that it had affected his family life.

A long-planned trip to Fiji for a cultural event, which he departed for soon after being frog-marched from JB Hi-Fi, turned into a joyless wreck as he fretted about events, and his future.

It had also affected his job hunting. "No one wants to hire someone who's been terminated," he said. He said it took him months to find a new role. He is now working at a New Lynn car yard.

In June last year, Kumar - who had worked for JB Hi-Fi for eight years - was summarily dismissed from his sales job at the chain's Albany, Auckland store.

After an investigation, JB Hi-Fi alleged Kumar had sold dozens of iPads and iPhones to a reseller at below cost, and received a commission from the reseller for his trouble.

However, the company made paperwork blunders with Kumar's dismissal, and - bar the case of a single iPad - was unable to refute the salesman's claim that he had received the required permission from a manager at the Albany store for each sale.

JB Hi-Fi was also unable to prove its claim that the reseller and Kumar new each other.

The chain claimed that, during a coffee shop meeting with two JB Hi-Fi managers, the owner of the reseller had admitted to a knowing Kumar, and that the salesman had tipped them him off about good deals. However, no notes were taken during the meeting. And ERA member Nicola Craig expressed dubiousness about the reseller's apparent confession.

JB Hi-Fi also operates a commercial division, which sells to resellers - and it was in partly in that context that the meeting was setup. She raises the prospect that there was the lure of a possible official relationship.

She noted in her determination that "I found it surprising that the reseller's owner was this co-operative with [JB Hi-Fi managers] Mr Murray and Mr Korff ... My impression is that the possibility of a formal relationship was introduced as a means of extracting information from the Reseller which might not otherwise have been forthcoming."

Craig also said while there was a policy of only selling one iPhone or iPad to a customer - to thwart resellers who had at times entered JB Hi-Fi to buy in bulk - sales people had only been updated by email. It had not been presented as a policy. There had also been an element of confusion about whether the policy had applied to clearance stock (or "quick stock" or "q-stock" in JB Hi-Fi parlance).

However, she also noted that Kumar had not relied on either argument, instead centering his defence on the fact all of the sales in question, bar one, had received the required approval by a manager.

JB Hi-Fi did not immediately respond to a request for comment, but at a December hearing, the chain argued Kumar should not get his floor sales role back.

Despite at times being the chain's top performing sales person nationwide, he had committed what it called serious misconduct. There had been a loss of trust, and it did not have the resources to monitor his every transaction, as it felt would be necessary if he returned.

Barring further legal action, JB Hi-Fi will get its way on that front.

Craig said a reinstatement would not be practical or reasonable.

A number of elements of details of the case have been suppressed for commercial sensitivity reasons.

"admitted to a knowing Kumar"
"tipped them him off about good deals"
"and it was in partly in that"
Does nobody proof read at the odt anymore?.