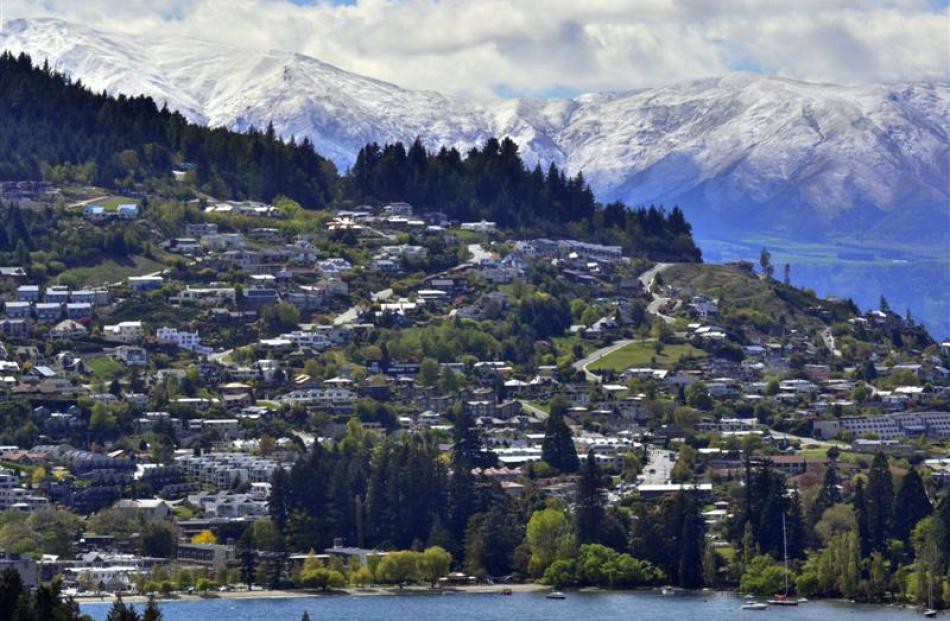 SkyCity Entertainment plans to bring more of its high-rollers to Queenstown. Photo by Gerard O'Brien.

Queenstown is set to get a boost from high-rolling casino clients following a swap in ownership between listed Auckland company SkyCity Entertainment Group and Queenstown-based Skyline Enterprises.

Skyline has bought SkyCity's 50% share of the Christchurch casino for $80 million and Sky City has bought Skyline's 40% share in Queenstown Casino.

SkyCity chief executive Nigel Morrison said the purchase of the remaining shares in Queenstown Casino was an exciting outcome.

''This enables SkyCity to build our international and VIP business in a major tourism destination, which is already a very popular destination for our overseas VIP guests.''

Increasingly, the VIP customers in Auckland wanted to visit Queenstown because of its high international profile, he said.

The VIP guests generated much needed export dollars for New Zealand and would bring extra economic activity to the Queenstown region and the country as a whole.

However, the current offering at Queenstown Casino was limited and the venue had been unable to live up to the experience international customers had enjoyed in Auckland.

''The purchase today gives SkyCity the chance to focus on providing an exceptional experience in Queenstown.''

SkyCity had always preferred to be the outright owner of the properties in which it was involved. Skyline expressed an interest in acquiring SkyCity's 5% stake in Christchurch, which fitted the Auckland company's strategy, Mr Morrison said.

Skyline chairman Ken Matthews said the purchase of the remaining shares in Christchurch Casino would be funded through its bank.

''While the prevailing difficulties in Christchurch have been outlined previously to shareholders, your directors consider there is an upside consistent with the rebuild of the former inner city, in particular.''

Directors had full confidence that in time, the region would regain its former status, he said.

The purchase was consistent with the company's philosophy of investing in strategic assets in key locations.

The outright purchase of Christchurch Casino was a significant acquisition for Skyline which had held an equity interest right from its inception in 1994, Mr Matthews said.

''Skyline is very fortunate to have had continuous board representation from that date and it is important to record that no management changes are contemplated as a result of this outright purchase.''

Craigs Investment Partners broker Peter McIntyre said Queenstown was New Zealand's ''hot tourism market'' and it made sense for SkyCity to take over the Queenstown Casino so it could push more of its high-rollers south.

Craigs rated SkyCity as a ''hold'' and viewed the proposed redevelopment of the Adelaide casino and associated regulatory and tax changes to be net positive for the company, Mr McIntyre said.