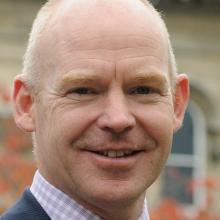 At the same time, Todd will relinquish its 50% interest in Shell Todd Oil Services (STOS), the umbrella company under which the two companies have managed oil and gas brought ashore from the Maui and Pohokura fields, off  Taranaki.

Shell and Todd have been running STOS together since 1955, according to Companies Office records.

The value of the Kapuni deal, which includes the processing station for the oil field, remains confidential.

Shell NZ chairman Rob Jager said the STOS transaction would "simplify the structure for any possible changes to the remaining assets," referring to the marketing and possible sale of its majority interests in the Maui and Pohokura fields.

Mr Jager first announced a strategic review of Shell NZ’s remaining assets in December 2015, having earlier sold its distribution and petrol station assets in 2010 to the company that today is Z Energy.

The 50 employees at Kapuni are expected to transfer to the new company owning the Kapuni field, with no job losses. Another global oil player, BP, quit its interest in Kapuni in 1991, selling  to Shell and Todd its share in the first oil and gas field of significance to be developed in New Zealand after its discovery in 1959.

There was no update on Shell’s intentions with respect to its other assets, including exploration acreage in relatively lightly explored prospects such as the Great South and New Caledonia basins.

Shell has been shrinking its global portfolio as the economics of the industry  change to favour onshore and fracking operations rather than deep-sea exploration and production and to assist its $US50 billion purchase in 2016 of UK-based energy company BG.