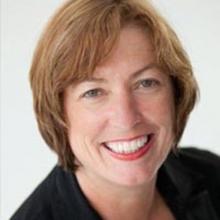 The BNZ-BusinessNZ manufacturing index slumped from 53.2 in May to 43 for June, mirroring a similar decline a year ago, at 42 points. Scores above 50 reflect expansion and below contraction.

Nationally, the index rose 0.9 points to 51.3, but three of the four areas across the country were in contraction - just Canterbury West Coast achieved 55.7 points - the fourth consecutive monthly result below the long-term average of 53.4.

Several business surveys were at, or near, decade lows as businesses took a wait-and-see approach to Government policies, and dealt with acute labour shortages in many sectors.

"Seasonal factors are mentioned by manufacturers, and some scheduled factory maintenance occurs at this time of year," Mrs Nicholls said.

Mrs Nicholls said the score for stocks of finished products was unchanged, but drops were experienced in new orders, employment levels, production levels and deliveries of raw materials.

"The proportion of positive comments have fallen from last month's 57%, and are now at 32%," she said.

There was a mixture of feedback in construction. Residential construction in Central Otago was busy, but there was also an overall shortage of tradesmen.

"There are also timing issues, with some larger projects just starting, and others reporting their projects are coming to an end," Mrs Nicholls said.

BusinessNZ's executive director for manufacturing Catherine Beard said that while the sector avoided further deterioration in activity from May, there were still several concerns about manufacturing's state of play.

"Soft and slow market activity tended to dominate negative comments, along with a fair degree of uncertainty present," she said.

As with Otago-Southland, Mrs Beard said nationally the proportion of positive comments for June fell back "markedly" from May, 54.3% to 42.9%.

Mrs Nicholls said another consistency in the Otago-Southland survey was the lack of skilled staff, particularly in the trades.

Otago-Southland had been plagued for more than two years now by a lack of semi-skilled, skilled and some professional staff which for some businesses had hampered expansion plans.

Aside from the emergence of a more acute trades shortage, the hospitality and tourism sectors had also struggled with staff shortages.

She was still recommending southern manufacturers resume their contingency planning for a "hard Brexit'; on expectations the UK will leave the European Union without trade deals in place.