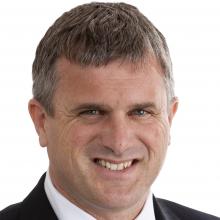 John Penno
Listed dairy company Synlait is planning to spend about $300million in capital expenditure during the next three years as it seeks to find more profitable opportunities to make more from milk.

The company said in a statement to the NZX yesterday, it intended to invest in additional capacity for infant formula manufacturing, consumer packing, infrastructure requirements and value added cream manufacturing. A rights issue to shareholders was expected to raise about $98million of new equity by mid-October and would be used for a mix of debt repayment and funding capital growth projects.

The Rakaia company, which has Chinese company Bright Dairy as its largest shareholder, reported a before and after tax profit of $34.4 million for the year ended July 31, more than triple the profit reported in the previous corresponding period. No tax was paid.

``Our 2016 financial year performance highlights the progress we've made since our IPO in 2013 towards our aspirations of making more from milk.''

Managing director John Penno said the record profit was a clear highlight of the financial year but throughout the year the company had also invested in improving its business, developing customer partnerships, supporting milk suppliers and reaffirming its commitment to becoming a world leader in infant formula.

Synlait continued to work with four of the world's five largest infant formula companies. A long-term agreement with The a2 Milk Company announced last month, provided certainty around the supply of a2 Platinum infant formula for five years, he said.

Under the rights offer, eligible shareholders would be entitled to acquire two new shares at $3 each for every nine existing shares held on the September 21 record date. Bright Dairy intended participating in the offer to maintain its 39% holding. The offer for up to 32.5 million new shares was underwritten by First NZ Capital Securities, excluding the entitlements of Bright Dairy, Munchkin and Mitsui Tokyo.

``We are working through our strategy with infant formula customers exporting into China, including The a2 Milk company and Munchkin. It's likely the Chinese regulations will moderate canned infant formula growth in 2017 as the market deals with the changing landscape. We expect the market to normalise in the longer term.''

Synlait revised its 2016-17 forecast milk price up from $4.50 per kg of milksolids to $5 kg/ms following recent, albeit modest, improvements in dairy commodity prices, Mr Penno said.

``We're very aware ongoing low dairy commodity prices in 2016 impacted our Canterbury-based milk suppliers. For the second consecutive year, our milk price is below the break-even price for most of our suppliers. Our updated forecast of $5 kg/ms for the current season is encouraging.''

Synlait's response to date had been to support its suppliers with higher than normal advanced payments, made possible by a strong operating cash flow. The company was also promoting opportunities to earn premiums, which totalled $4.5 million for 2016, Mr Penno said.