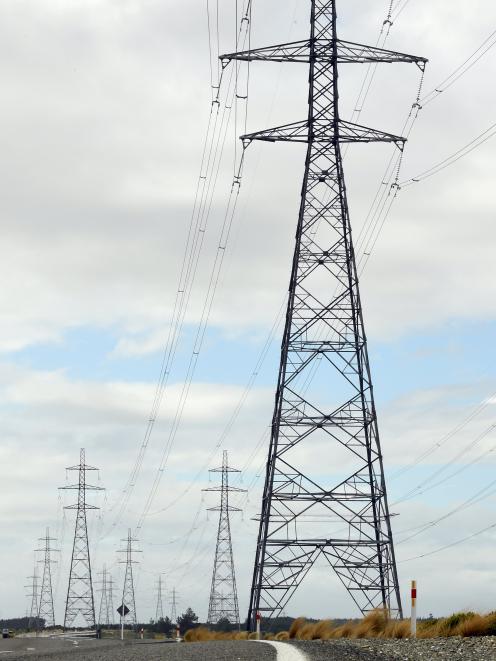 The silver lining was that the South Island wholesale power price could drop significantly.

In a footnote to investors, the country's largest electricity retailer put an indicative cost of $600million and a timeframe of five to eight years to undertake the required upgrade work to enable transmission of South Island generation to the North Island.

The Genesis analysis follows a review of the smelter's viability by majority owner Rio Tinto, which is concerned by poor profitability on the back of low global aluminium prices and high power costs, in particular related to transmission costs.

The smelter has been a significant part of New Zealand's electricity demand since it fired up in 1971. Its electricity consumption is now about 13% of the national grid's capacity.

The Genesis review, highlighting research from various independent analysts, noted that the electricity company's North Island generation and customers were "insulated" from the impacts of electricity which was constrained in the South Island.

Genesis expected the impact on North Island generation and retail to be "muted" until the transmission challenges were resolved.

Meanwhile, electrification of industrial heat, displacing existing coal use in the South Island, might present an "attractive alternative" to investment in transmission to enable greater supply to the North Island, from a government policy perspective, the report said.

That's nuts !!!
The very idea of forcing the closure of Tiwai by overcharging their electrical supply charge to the tune of $22m a year, and then spending $600m to get that power to the NI is an insult to any sort of intelligence.
That is NO "silver lining" !!! That is plan crazy !!!
No wonder our electricity is so expensive, when this is the thinking of one of our leading energy supply companies.
Absolutely, totally, nuts !!!

Agree Eyes Wide Open, so many people in high places don't understand the power industry - the cost of power, the cost and losses of transmission and who is paying, the pricing structures that nine years of investigation has failed to address whilst acknowledging unfairness and urgent need to change. Shows what a mess NZ management is when they don't understand or don't wish to address "elephants" in the room or models. And it is not just a Tiwai problem but to recompense all of Otago and Southland uses - we are the users close to source and paying and paying.