TPP vote, then wait to ratify it 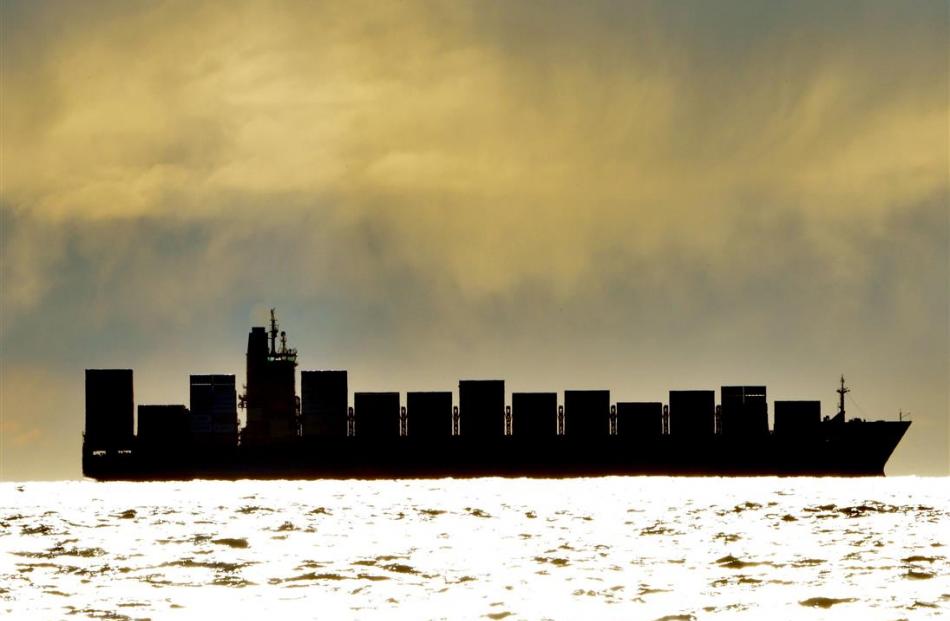 The Trans-Pacific Partnership agreement may possibly be signed in New Zealand on February 4 and protests through petitions and direct opposition are likely to grow in the next three weeks. The Government has yet to confirm a signing date. Business editor Dene Mackenzie reviews the economic aspects of the TPP.

New Zealand is said to be one of the countries which will benefit most from the Trans-Pacific Partnership agreement when it comes into force.

There are still some hurdles to the agreement being enacted, the most obvious one of them being getting United States Congress approval.

With the presidential election season in the US about to start next month, it is unlikely Congress will approve the TPP before November - if then, according to vocal critics in the US.

Former New Zealand Trade Minister Tim Groser received much kudos for overseeing many of the benefits this country will receive from the trade agreement.

But there are still some critics in New Zealand who are determined to have their say.

Tariffs are a persistent brake on growth in global trade and it is encouraging the 12 member countries of the TPP will cut tariffs on more than $US500billion ($NZ772billion) of trade annually, according to HSBC senior trade economist Douglas Lippoldt.

"In most cases, they will eliminate import duties altogether. But before the TPP comes into force, it has to be ratified - an uncertain process that may take a year or more.''

One-third of TPP trade, about $US630billion a year, was currently subject to tariffs.

Although the average tariff rate among TPP members was 3% or less, some trade flows faced double-digit duties, he said.

Of the TPP trade currently subject to duties, some 85% would be liberalised up front.

Countries such as Australia, Chile, New Zealand, Peru or the US would liberalise 90% or more.

HSBC estimated duty cuts for another 5% of that trade would phase in over the next seven years.

The remainder concerned trade items that might be economically or politically sensitive, such as agricultural or apparel products.

For those products, duties would phase out over longer periods or they would face continued duties, Mr Lippoldt said.

Tariff elimination was controversial because it increased the exposure of specific domestic, import-competing industries to foreign competition.

"This often politicises trade negotiations and contributes to the controversy surrounding free trade agreements, even when it is clear a proposed agreement could bring welfare gains in the aggregate. The TPP, being so ambitious is in its liberalisation agenda, is no exception.''

The TPP agreement aimed to eliminate substantially all tariffs, though subject to some exceptions.

The market access chapter affirmed each TPP country was to grant national treatment to the goods of the other TPP countries, he said.

That removed most potential discrimination in the application of tariffs.

The agreement specified no TPP country might increase existing customs duties or adopt a new one, although again subject to some exceptions.

The agreement also established clear rules for transparency in the use of the tariff rate quotas and the related allocation procedures.

Mr Lippoldt said it was worth noting much of intra-TPP trade was already duty-free, mainly due to existing free trade agreements.

The Closer Economic Relations (CER) free trade agreement between New Zealand and Australia had been in place since 1990.

Similarly, the North American Free Trade Agreement (Nafta) had provided for extensive duty-free trade among Canada, Mexico and the US since 1994.

In such cases, the expansion of duty-free trade under TPP would be modest, at best.

Singapore did not need to make tariff concessions under the TPP, since all of its trade with the TPP parties was already duty-free.

"The focus in the present assessment is on the liberalisation of the remaining duties along existing TPP trade corridors and potential corridors that may emerge once the prohibitive tariffs are reduced or eliminated.''

New Zealand imported $US18.14billion from TPP countries, or 43% of the country's total imports.

The country imports $US78.1billion from TPP countries, or 34% of total imports.

For New Zealand, one of the more controversial areas of the negotiations was in the food and agricultural sectors.

The dairy sector proved particularly controversial in some countries.

The total trade-weighted share of imports in the sector to benefit from duty reductions upon TPP's entry into force was only 45%, compared to the overall 86% across all imports currently subject to duty.

The issue was particularly salient in the case of Canada, Mr Lippoldt said.

There, the dairy industry had been protected through the policies of supply management, first introduced in the 1970s, that controlled the amount of dairy products supplied to the market domestically and limited imports through high tariffs.

The TPP negotiations resulted in potential elimination of more than half of those high tariffs at entry.

Some of the remaining imports would only be liberalised over longer spans of time.

The HSBC assessment of the TPP highlighted the substantial progress the agreement made in reducing or eliminating tariffs - a trade barrier that had proven to be persistent, he said.

The persistence reflected the sensitivity of liberalisation for the products concerned, as various interests succeeded in maintaining a degree for that type of trade protection, he said.

"The TPP negotiators' success in eliminating most of the remaining tariffs across the TPP region, albeit with some exceptions and limitations, is a notable achievement.

"The reduction in trade costs associated with tariffs might be expected to deliver meaningful expansion of trade - not only from growth in existing trade flows as taxes are reduced, but also from the opening of new potential trade corridors not currently active due to prohibitive tariffs,'' he said.