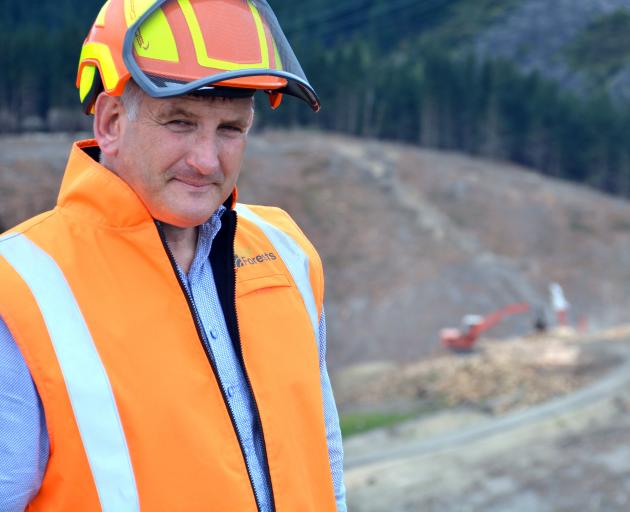 City Forests chief executive Grant Dodson. Photo: Brent Melville
The recovery of log export prices could be short lived on the back of competitive tensions in Asia, and as the coronavirus slows down construction in China.

Log prices had recovered some ground over the past six months to a current level for A-grade logs of about $US124 ($NZ192) per cubic metre after having dropped to as low as $US105 in July 2019.

ANZ agricultural economist Susan Kilsby said while there had not been any strong indications out of China since the virus outbreak, the market had been ‘‘quite tentatively’’ poised and was waiting to see what would happen after the Chinese New Year.

‘‘So, given this scenario, we would expect to see easing in demand in the coming weeks.’’

‘‘A critical issue is the extension of the Chinese New Year holiday, which, with coronavirus, would not see workers return to construction and building sites in China in the short term, or not at all,’’
Mr Laurie said.

‘‘Building sites that are normally using radiata logs are likely to remain empty, which will have broader and very serious implications for the New Zealand export market which has around four to six weeks of fibre in the supply chain.’’

City Forests chief executive Grant Dodson said there was a ‘‘high degree’’ of uncertainty in the China market as a number of key players — including representatives of banks, ports and agents — were still away on holiday, or had had their movement limited by coronavirus restrictions.

While the industry was starting to resort to some production restrictions, these were dependent on each company and also on timing of export shipments, he said.

City Forests, which logs about 23,000ha of forests near Dunedin, was assessing the risk situation daily and was taking a ‘‘conservative approach’’ to log production until more information was available, he said.

Port Otago chief executive Kevin Winders said it was likely there would be a slowdown, but forestry companies were currently ‘‘in the middle of that’’.

The Eastland Wood Council said in a statement yesterday that it was meeting members and contractors to discuss temporarily ‘‘halting harvesting and cartage operations’’; one major log export buyer had signalled it would take no more product from tomorrow.

There would be no lay-offs because the situation was considered temporary.

Mr Laurie said it was clear that the situation in China had possibly dramatic implications for the broader industry.

‘‘It is clear there is too much fibre in the system and the virus is bringing a new dynamic to supply and demand, so the impact in the broader context is on the people on the ground.’’

In that context it was important that New Zealand curb production in order to restore confidence to the Asian market, he said.

‘‘What is important to understand however, is that what we are told now may not be valid or accurate tomorrow as things are evolving rapidly, so it is tough to talk to customers with any level of certainty.’’