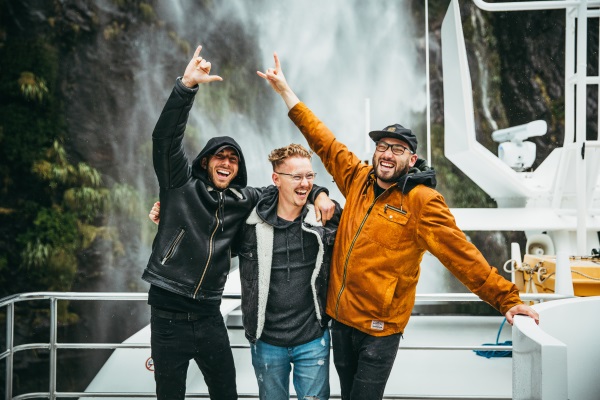 No Trace co-founders and event organisers, from left, Charlie Charalambides, Sebastian Dettmann and Alejandro Camhi. PICTURE: FEDERICO PAGOLA
From the ashes can rise a phoenix and like so many in these difficult times, three young entrepreneurs are forging a new business from the Covid rubble - the difference being, they intend to clean up after themselves.

Kickboxer and DJ Charlie Charalambides says when the pandemic cleared Queenstown’s busy schedule, it opened up venues to budding promoters like himself to book spaces previously unavailable.

‘‘The first time I ever went up the Skyline gondola, the first thing I thought was that it would be an amazing place to have a party.’’

And when Covid put paid to international conferences, that’s exactly what he and his business partners - Alejandro Camhi and Sebastian Dettmann - did.

Their sell-out Festival in the Clouds was such a hit, they’re repeating it next month and have plans to hold another in Auckland’s Sky Tower.

The Englishman’s fully aware that times are tough in the music world and not all events do so well, but Charalambides believes the trio have a winning formula.

‘‘We’ve sold out every event in under two weeks and we’re selling 350-500 tickets, and I know in Queenstown a lot of events sell tickets in the last 48 hours.

‘‘Everything we do we try to reduce waste … so we only serve RTDs in aluminium cans, which can be recycled 100%.’’

That’s the first key to success - an environmental focus - and it’s why their company’s called No Trace.

They’re hoping their dedication to the environment and focus on clearing up responsibly will mean gatekeepers to unique venues and locations will welcome them in - like last  month when threw an Alice in Wonderland-themed event at Bungy.

‘‘We invest heavily in waste management for each event, we invested in eight extra recycling bins for the first one and made sure you never had to walk more than five metres to get to a bin.’’

No Trace also donates 10% of profits to the Wakatipu Reforestation Trust and the three lent a hand planting native trees with the organisation back in April.

‘‘We’re definitely less profitable but, in my honest opinion, corporations focusing on profit is why we are in this environmental mess.

‘‘Leading by example and not focusing on filling our pockets as much, investing in  education and extra services to allow people to dispose of their waste properly is the way forward.’’

They’ve even banned glitter at events, because it’s a microplastic, but Charalambides says having explained why, punters didn’t argue.

He’s full of optimism for the future, saying even though it’s been less than a year on from their first 350-person event, they’re looking at 2000-3000 people parties soon. 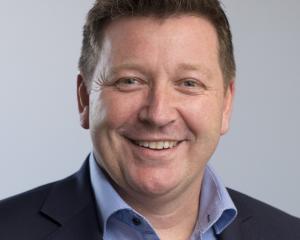