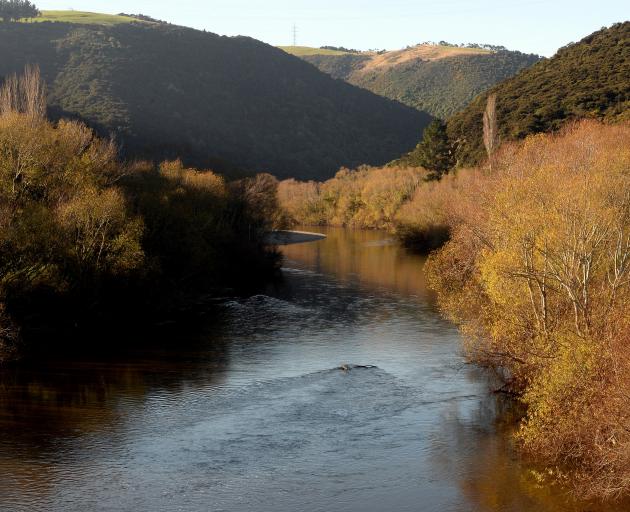 The Taieri River at Outram Glen. PHOTO: LINDA ROBERTSON
Pushing for clean waterways is increasingly the focus of the Otago Regional Council. Jono Edwards talks to candidates about the changing tides of freshwater.

Clean water is a complicated business, and one the Otago Regional Council will need to pump money into.

It needs to enable the transition of deemed water permits to consents by the 2021 deadline, and its work to date on that has sparked a Ministry for the Environment investigation into its processes.

It also needs to comply with a whole raft of new legislation around water quality.

Some candidates have an approach that the council should be making up for lost time and act more to clean waterways.

Others feel the Government's requests of councils in the last year have not been based on the reality on the ground and more clarity is needed.

Green Party-endorsed Scott Willis said under chief executive Sarah Gardner the council had "woken up to the poor situation" the region's waterways were in.

It was starting to act, and a catchment-based approach was "excellent".

"We need to ensure that we've got good engagement with the community and good science."

The Government offered help and he would push to see this was realised.

"I think we've got a one-off opportunity to re-energise the ORC."

Cr Michael Laws said after years of mismanagement on deemed permits issues, the council was now on the right track.

He credited himself and other councillors for stopping the council from imposing minimum flows before the proper science was completed in priority catchments.

"Community engagement is pretty good now. If we hadn't have taken that step last year, there would be a justifiable insurrection from the rural community."

The council was not only understaffed to handle upcoming water work, the employees it did have were in the wrong place, he said.

"The Dunstan Ward, that's where your staff need to be."

Recent freshwater announcements would be a big task for the upcoming council and it needed to be more proactive in telling the Government what did and did not work, he said.

This is something the council has realised and is working to fix.

"We all want water quality to be better, but there needs to be flexibility to allow different areas with unique challenges different time limits."

Labour-endorsed former environment minister Marian Hobbs said the council had moved "very slowly" in the water area and there was "no doubt" it needed to do more.

Councillors needed to be involved on the ground and not just rely on staff.

Being a councillor was a "much more intensive job than it used to be", she said.

Water monitoring has not been rigorous enough and the results needed to be made public.

"If I am elected I would sit down and say `what are our more damaged waterways?"'

Former Dunedin city councillor and candidate Hilary Calvert said the council was close to being replaced with commissioners for its failure with water work.

"It's dragging its feet on figuring how much water there actually is."

The council needed better advice and better systems in its consents area.

"I will ask questions of what they're actually doing and question any suggestion that they are giving out permits in an unhelpful way, questioning when the staff haven't got the information."

"There is going to be a lot of pressure. They are beginning to resource themselves, but all affected parties need to be resourced."

Regarding Government freshwater requirements, he hoped everyone would submit on them to make sure they were as practical as possible.

"There's not point in having policy coming out that nobody can abide with."

The standards needed to require urban and rural areas to act equally.

Water user advocate Gary Kelliher said he knew through his work with the Manuherikia catchment it was difficult to get commitment from the council.

"The catchment was having to guide council constantly. You battle away with council and progress seems to not not appear."

If elected he would ensure the council would be more proactive and move more quickly on similar projects.

"Getting a hydrology model completed seems to take forever."

ORC can not be trusted to protect our environment. Too many councilors with rural/farming interests, they have been dragging their feet on purpose to give farmers more time to clean up their act. ORC are more interested in looking for a fancy new HQ and protecting their profits from Port Otago than protecting the environment. If the government are serious about protecting and improving the environment they need to change how regional councils operate. In the meantime I plead to all NOT to vote for councilors with farming interests.