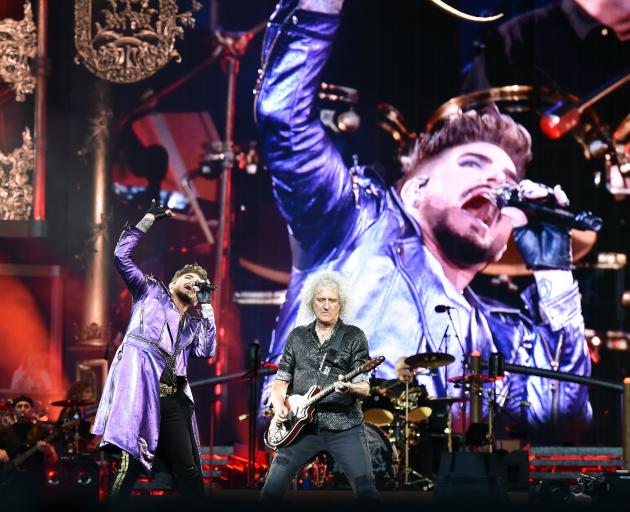 Dunedin Venues Management Ltd chief executive Terry Davies said its statement of intent for the year ending June 30, 2021, made the prediction international acts might not return until "late 2021", but that the comment was just that, a prediction, as there were many unknowns.

"We can only make estimations at this time and all activity will be dependent on the border situation."

All the company could do was wait and be ready to deliver major events.

It was waiting on an update from promoters about whether a Rod Stewart concert, booked for the stadium in November, would go ahead.

Tickets would remain on sale until a decision was made, Mr Davies said.

The organisation has experienced a run of cancellations and postponements across its venues since March.

The Hella Mega Tour, headlined by Green Day, scheduled to play at the stadium on November 20, was cancelled two weeks ago.

Scotland was due to take on the All Blacks in a July rugby match that was postponed.

Opera band Bravo Amici, scheduled to perform in May, postponed its show for a year.

English rock band Herman’s Hermits, scheduled for September, was postponed for a year, and Th’ Dudes — scheduled to play in April — was postponed until the end of this year.

"However, as mentioned, until our border opens there are many unknowns," Mr Davies said.

Despite the setbacks, many business events postponed at the outbreak of Covid-19 had since been rebooked for the latter part of this year, and there would "very likely" be more Kiwi artists touring, he said.

"The Dunedin Centre has been humming since we reached Alert Level 1.

"We are certainly open for business."

Time for the DCC to make another decision on staffing, here and other places. Sad but needs to be done- no point in paying for people to show up to the office and not do hardly anything. Private businesses are making these choices everyday as cash runs low and sales evaporate.

All these losses for the stadium and what they haven't told us is the stadium still hasn't been paid off. They are pretty quiet about that.

Given COVID, how can you possibly predict a profit in 2022-2023? Why even bother to throw a numbers out there? Nobody expects a guesstimate so why put your credibility on the line? One of the dumbest quotes I've ever read!