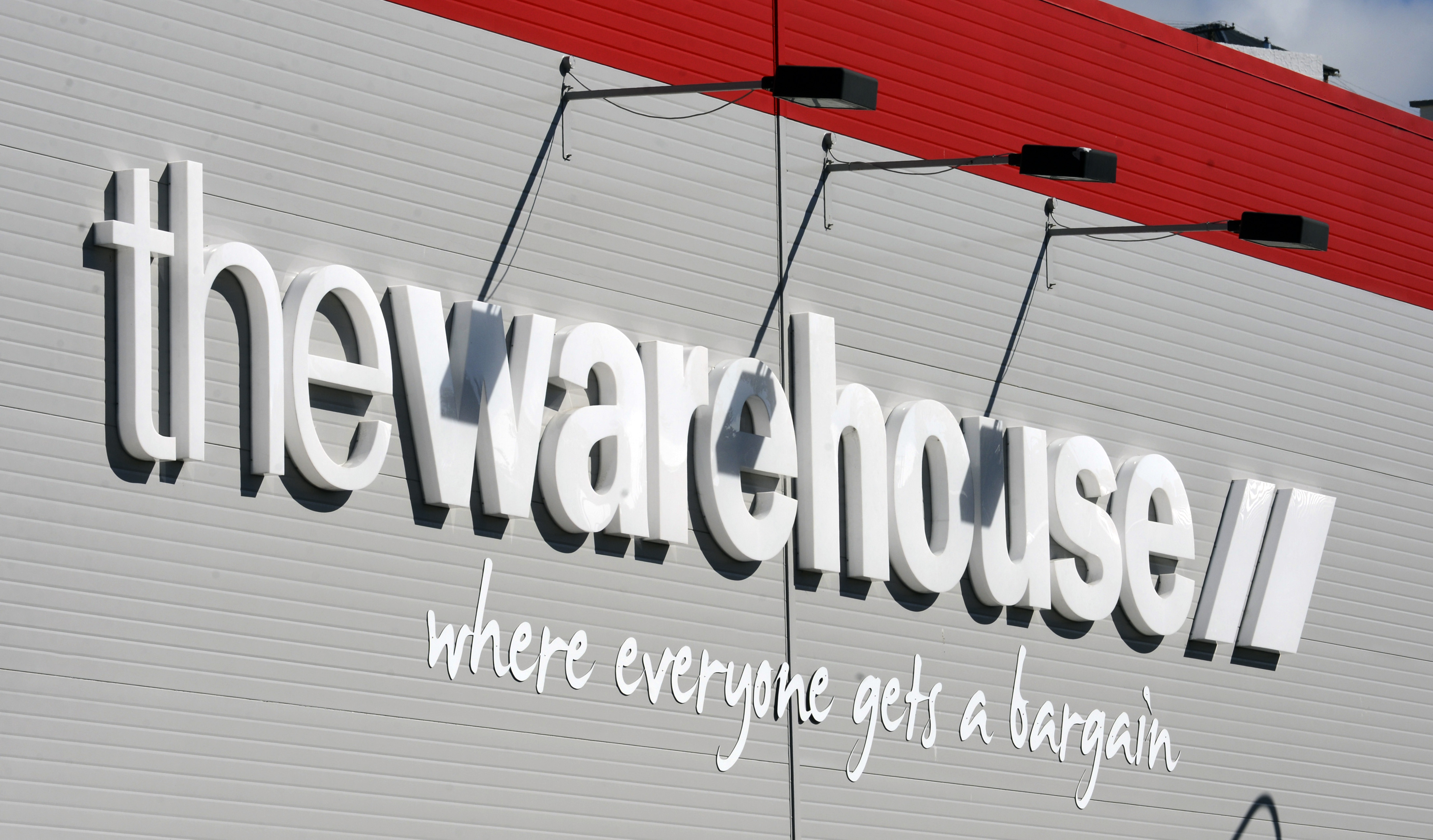 The restructure will affect 92 Warehouse stores throughout the country. Photo: Gerard O'Brien.
First Union says The Warehouse has made a wrong decision to go ahead with a proposed restructure under which hundreds of jobs and thousands of weekly work-hours could be cut.

The restructure will affect 92 Warehouse stores throughout the country, and the equivalent of 320 full time roles, the company confirmed.

The union's secretary for retail and finance, Tali Williams, said staff gathered for morning meetings and were told by store managers that reductions in store-wide hours will continue and workers will now begin the process of reapplying for roles, considering voluntary redundancies and implementing new rosters.

She said 5000 work hours could be chopped a week and there will be more to come.

"There's a lot of stress and anxiety among workers as they find out about the new rosters which in their cases will mean significant cuts in their hours of work, making it very unsustainable for them in terms of weekly income."

Williams said the alternative roles offered will not be comparable to their current ones so people will be entitled to redundancy, meaning hundreds of people could lose their jobs.

"Workers feel absolutely devastated, they feel unsure about what it is going to mean for their future," she said.

"When the company has obtained about $52 million worth of wage subsidies from the government in recent months, it's the wrong decision to make. The reason those wage subsidies exist is to prevent job cuts."

She said the union presented a petition signed by 5500 Warehouse customers but was ignored by the management.

"We're also disappointed that the company not only ignored the views and concerns of their workers but customers also."

A Warehouse spokesperson said as meetings with staff members are ongoing, they can't comment on specific changes.

"While we are never happy to have to make changes that may impact people's roles, our store rosters have not changed for many years. Over time we have found more customers choosing to shop at nights and weekends, and more customers shopping online and using Click & Collect, particularly since Covid-19," they said in a statement.

Noel Leeming and Warehouse Stationery stores will not be affected.

The process, which began in June, has been to work with First Union and store team representatives to understand their rostered hours availability, discuss how customer shopping habits are changing and how they need to adapt rostered hours for each store, according to the spokesperson.

The Warehouse has reached broad agreement with 30 stores on proposed new rostered hours and these stores are expected to move to updated rosters from early October.

The spokesperson says the company has started a series of meeting this week with remaining stores where availability provided didn't match with the proposed rosters.

It was not so long ago that this company were very vocal about paying a living wage to staff members higher than most of its competitors......this looks to have backfired as now this company cannot afford to pay a large percentage of the staff at all anymore.