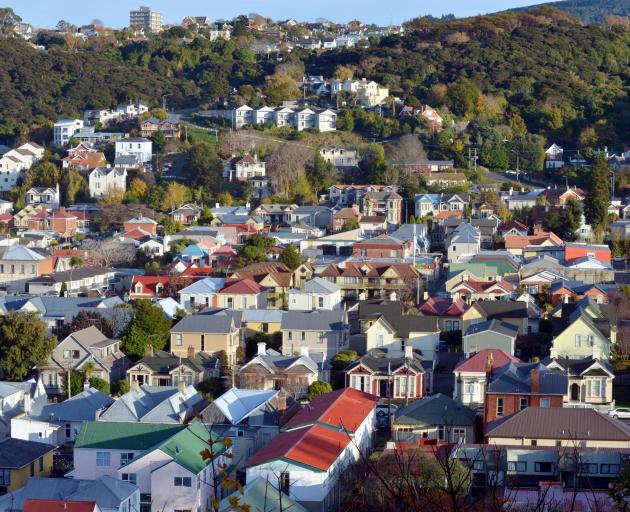 I mean here in Auckland, our landlord worries are expensive heat pumps and getting the government sanctioned insulation just right. But in Dunedin? Bigger fish to fry.

It’s 'O Week' this week and the students are flooding into Otago for orientation, sorting their flats, and generally getting the beer funnels going from the kegs into the flat kitchen.

And here’s where I feel a bit queasy for the landlords.

While some flat warmings have gone without a hitch, there are others which are, how can I put it... concerning.

The latest one was a video circulating of tanked up students going a bit nuts inside the lounge of their new flat.

And by a bit nuts I mean, charging at an internal wall and head-butting it, kicking it, slamming against it, until it literally caved in.

So, as a landlord in Dunedin, I mean quite apart from withholding the bond, what are you doing?

How many times are you rebuilding internal walls because a party got out of hand and students went nuts?

How much damage is bearable?

I mean most landlords were worried about a few hooks into the wall and tenants splashing around some wacky paint colour, but demolishing structural aspects of the house? That’s next level.

Maybe landlords who rent to students are used to it?

Maybe it’s the same with student culture everywhere? Maybe the houses are rented out with that in mind?

Maybe the flats are in a certain state to account for inevitable party damage?

I know of one Mum who thought that, with 3 kids off to attend Otago, she'd maybe buy a house they could flat in. These houses though are not cheap. Starting price for something students can potentially destroy is more than a million dollars. So if you're thinking it might just be cheap real estate, think again.

So for every landlord whining about tenants and worried about what they may do to a property, spare a thought for landlords in Dunedin who rent to the handful of Otago Uni students who do go a bit wild.

I’m sure most students are great, we’ve got one flatting in Dunedin and as far as we’re aware, all the internal walls of her flat are still in tact. But for the handful of students who don’t seem to appreciate infrastructure, who see a flat as an opportunity to do WWE and just be human wrecking balls, that’s got to be tricky to manage for landlords.

It’s a bit more stressful than what size heat pump to install. 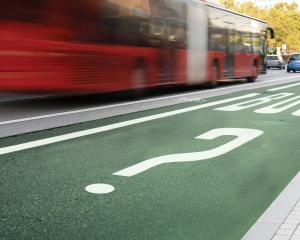 Bus lane would be the hollowest of victories for public transport 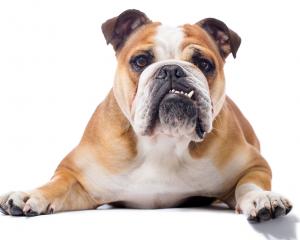 Goodness me Kate you must be getting old! Were there no parties in your youth that you're still glad your mum and dad don't know about? Well... Probably not now I think about it.
I'll guarantee you one thing though, these students will be from good solid, white, privileged backgrounds. If they were to be charged for some sort of criminal offence, their crimes will become youthful hi-jinks, boys will be boys after all and they're entitled (being the operative word here) to blow off a little steam. And their fancy lawyers will plead that a criminal conviction will be out of all proportion to the offence and will destroy their dreams of becoming a lawyer/doctor/accountant/whatever and as well affect their ability to travel internationally. And they'll get off. And you, Kate, will think that is quite fair.

Here's the funny thing Ird.
Regardless of your opinions on Kate & on the students, the comments in this article are valid.

Dunedin Landlords are purchasing expensive property and are expected to provide it to students in a safe & healthy condition only to have these places destroyed.
Some of these homes are a part of Dunedin's history. They've been here for a long time and deserve to be looked after by the landlords and the students who reside in them.

If I'd been fortunate enough to own one of these homes I'd be angry at laws forcing me to provide a minimum standard of living for my tenants, only to have them kicking walls down and selling the copper pipes for beer money.

Nothing to do with "white privileged background" or "entitlement". The rule should be, If you break it, you fix it.

As it happens, Uni students are from higher socio economic strata. There are no longer AJ Cronin type working class scholarships. Arch Kate represents the cut above. Should students freeze at 46 South, for the reputation with which you and Kate tar them?

Where is the data on that Hill?

And of course, thanks to this wokester government, and in fact a general self-entitled society we've somehow found ourselves in, the landlord can't even get rid of them.

There are plenty of landlords in Dunedin renting to non-students too. In fact, these types would be the majority. They are/will-be doing just fine. We (non-students) had three landlords last eight years - two of them very nice people, the other one taking away our bond after we lived there for two years to replace carpets that she had told us she would replace within a month after we move in.

Landlords (by definition property investors) have driven the cost of owning/renting somewhere to live in this country through the roof. To a level where we are one of the poorest developed nations with regard to the standard of living of our working class and even middle class. Poor landlord's making so much untaxed money from their capital gains. My heart bleeds. If it wasn't profitable they wouldn't do it.