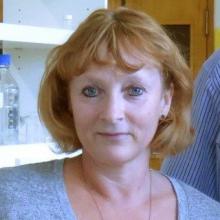 For several years the Dunedin school has wanted to follow what is standard practice internationally and train its pharmacy students to deliver vaccinations.

The Ministry of Health wants new vaccinators to be trained but the Otago course would require an independent evaluator to accredit it, and no such person is available.

"We could potentially graduate 120 to 150 people a year who would be able to administer vaccinations," she said.

"We have been battling since well before Covid, for many years, to try to get this course approved."

Prof Hook said she understood the ministry was busy even before the pandemic greatly increased its workload, but it seemed inflexible on the question.

"We have been trying for so long and every so often I get to the point where I think, ‘Oh just leave it’ but then I think of all the good that all our vaccinators could be doing and think that perhaps I shouldn’t give up."

Prof Hook said pharmacy students and their teachers felt that they could contribute more to the fight against Covid-19 , but were an unused resource.

"We’re at a bit of a stalemate at the moment," she said.

"The ministry acknowledges the value in authorising new providers, and it notes that educational providers have an interest in this issue.

"However, there is currently no independent evaluator established to review new providers."

That person would have to investigate the Otago course to confirm it adhered to competency standards and fitted New Zealand’s overall immunisation requirements.

"As establishing an independent evaluator would demand significant resourcing, the ministry is unable to prioritise the development of such an entity in the immediate future," Ms Blair said.

It is understood that Otago is not the only school which wants to train vaccinators but has been unable to do so.

Prof Hook said Otago had a close relationship with the Immunisation Advisory Centre and that she had enormous respect for its work, but felt its commercial position as the sole vaccination trainer was the stumbling block to the university’s ambitions.

"They have a monopoly on training and the ministry can’t ask them to review and approve our course because they have a conflict of interest ... I think it’s the sort of situation we get in New Zealand because we are a small country.

"But we’ve had our material available to the ministry for two years, and it would be great to get our course approved."

The demarcation disputes disrupting the wharves were blasted into oblivion years ago when government(s) attacked the unions and stripped them of their power.
Enough gumption to do the same to high status professionals is desperately needed.
White collared & suited people and their "unions" must be stripped of their historical power to hold us to ransom, depriving us of services and personnel we desperately need.

An excellent parallel.
The monopolist control of labour and the monopolist control of certification.
Total power corrupts and it makes no difference if it is profit or ideologically driven.
At least in the market there is always someone willing to exploit the big guys weaknesses.
The State has no balance other than the freedom of speech and a free press.

"The State has no balance other than the freedom of speech and a free press." and this government wants to restrict them as much as it can get away with.

It would be great to get the pharmacy vaccination course approved and in this Nations interest - yet the problematic Ministry of Health dictates an inertia to having fluidity to situations and thus the health of New Zealanders. This ministry is urgently in need of serious review - it seems it's efforts have gone into policy and budget management rather than real on-the-ground health for all New Zealanders.

"felt its commercial position as the sole vaccination trainer was the stumbling block to the university’s ambitions."
Two minutes looking at the IMAC website proves Sarah's feelings are not factual.
"Primary funding for IMAC is provided by: New Zealand Ministry of Health"
"located at the University of Auckland"
"Potential conflicts of interest: IMAC maintains independent control over its expenditure and any publications, teaching material and/or print material that may result."
This situation is NOT the result of commercial interests because IMAC is housed and primarily funded by the State.
Director: Dr Nikki Turner and National Manager: Loretta Roberts are State employees, what we used to call public servants. They have no financial interest in IMAC. They are simply protecting their own importance within the state run sector.
A prime example of why Socialism always fails, because it is a monopoly.
Why can't "the ministry can’t ask them to review and approve", THEY provide the funding.
That is NOT a conflict of interest !
I think it’s the sort of situation we get in New Zealand because we are a small country."
NO. It's because its a SOCIALIST MONOPOLY.
Where's Ashley?

Nowhere to be seen.

Someone needs to do their homework and it isn't Sarah Hook. What isn't clear is how other groups (eg student nurses) have managed to do the training. I do wonder about the quality of the training given that some very experienced nurses, who have done vaccinations for many years, do not see the need for 5 hours of on-line study. A two-day course provided by IMAC does seem overkill to learn how to vaccinate, a couple of hours at the most assuming they have a good knowledge base.
It does appear to be more about providing work for IMAC than ensuring the safety of the people of NZ. As for the MoH ... they make the Govt look efficient.

Another example of a dysfunctional MoH and a minister out of his depth.

That's not "a" minister out of his depth, it's a sorry roll call of 2 main types of ministers going back many years. Useless ones leaving the MoH public servants undisturbed by a representative of the populace to look out for their interests.
The MBA Faith teaches that the purpose of (interchangeable) business, department or ministry is irrelevant, management is the point of their existence, or - same thing - advancement of top management until they reach the dizzy salary heights of Commissioner rank.
The other kind of Minister is determined to get the MoH functioning well, focused on the aim of facilitating excellent health services to the people of NZ.
That's not going to happen. The MoH hasn't been in existence all this time without learning how to give eager-beaver Ministers an exhausting exercise in herding cats.
Broken and compliant, the Minister resolves to aim for peace till next Cabinet re-shuffle, and everyone slumps back into half-assed same-old.