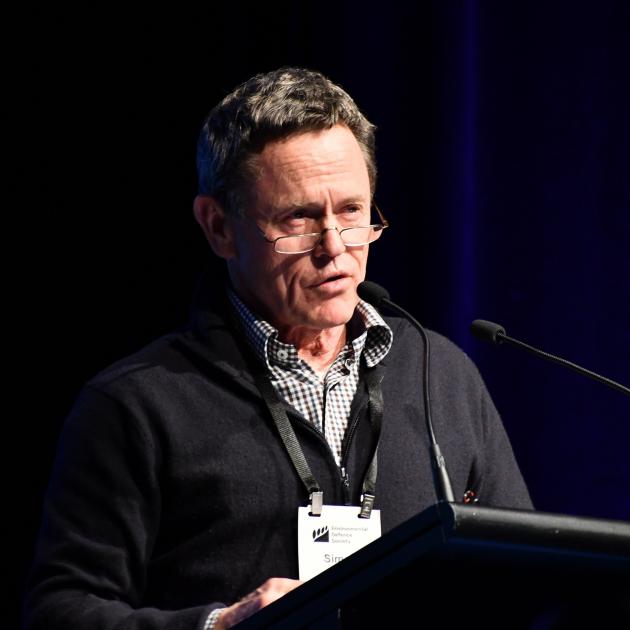 Simon Upton. PHOTO: LAURA SMITH
It is a mess. The tool many regional councils have been using to help them regulate water quality is not up to the job.

That is the finding of a science advisory panel which assessed the Overseer model after Parliamentary Commissioner for the Environment Simon Upton rang alarm bells about it in 2018.

Then, Mr Upton was concerned it was hard to tell whether the model was accurate, and because it was a commercial enterprise it was difficult to peer review. He also raised the issue of it being open to gaming by farmers.

Originally developed as a tool to help farmers use fertiliser and other inputs more efficiently, over time, because Overseer estimated nutrient loss from farms, it came to be used by regional councils to help inform water quality regulations.

But now the panel’s findings have become public and as Mr Upton bluntly put it, he did not think ‘‘you could get a much more devastating verdict on the science of this’’.

The panel said it did not have confidence the model’s outputs ‘‘tell us whether changes in farm management reduce or increase the losses of nutrients, or what the magnitude or error of these losses might be’’.

It could only provide a coarse understanding of a farm’s nutrient losses and could not reliably estimate how changes in farm management would affect those losses, the panel found.

It did not fully take into account different soil types, or deal with overland flows of nitrates or the effects of floods or make allowances for the slope of the land.

Unsurprisingly, Federated Farmers is not happy. It says it has been fighting against the use of Overseer by councils to define regulations for nutrient management for more than a decade because of its lack of accuracy.

‘‘We and the rest of the industry have been in hundreds of council and court hearings, spent millions of dollars (of farmer and taxpayer money) and used thousands and thousands of hours pushing back against officials trying to squeeze Overseer into a space that this report says it could not go.’’

It is hard to understand why this matter was allowed to drift along without proper scrutiny and why anyone thought it was acceptable, from a transparency point of view, to have such a tool used in any regulatory way, particularly when the intellectual property is a third owned by the Fertiliser Association of NZ (the other two-thirds by the Ministry of Primary Industries and AgResearch).

Mr Upton suggests the Government should consider compensating the fertiliser companies for their third of Overseer and becoming the sole owner so there will be total transparency about any future use of it.

Environment Minister David Parker said the Government would consider whether it was proper to have fertiliser company part ownership in what had become a regulatory tool. Surely, that is not a hard question to answer.

The Government, which Mr Upton acknowledges has been placed in a ‘‘very difficult position’’ by the panel’s findings, is talking of the development of a ‘‘next generation Overseer’’ beside a suite of other tools to help in the management and estimation of on-farm nutrient loss.

Farmers, understandably, want to know what is going to happen in the meantime, particularly in those areas where Overseer is being used for compliance with regional plans.

Mr Upton is not so sure about further development of Overseer. It is risky, he says, because it is asking farmers and the wider community who are concerned about water quality, to accept the outcome of a process partly built on model inputs which are unreliable. Trust in what is already a complex process will be in short supply.

As we said, it is a mess, but for the sake of our water quality it is a mess which must be given urgent attention no matter how hard that is.

This report is devastating for water management in Otago. Almost all approvals by councils permitting farmers to use water and discharge effluent over the last decade require farmers to comply with the model. The farming community has been put to enormous expense to meet the model’s requirements. Councils have not exercised due diligence in the use of the model and have relied too heavily on numbers being generated by a computer program without checking the science. Unfortunately many councils do not have staff with the training or appropriate expertise to be able to adequately assess the potential affects of a farm discharge. The thousands of approvals granted to farmers will have to be reviewed because the conditions they are required to meet may be meaningless or unachievable. Hopefully the government will address this issue because the problem is beyond the capability of our councils.