By Wyatt Ryder
1 Comment
The latest criminal attempt of Dunedin’s most experienced cat burglar unravelled after he left a 100m trail leading straight to his lair.

Two-year-old tabby Milo is known around the Caversham neighbourhood for his kleptomania.

He even featured on the pages of the Otago Daily Times earlier this year after six months of undetected purr-loining of everything from undies and socks to banana skins and plants. 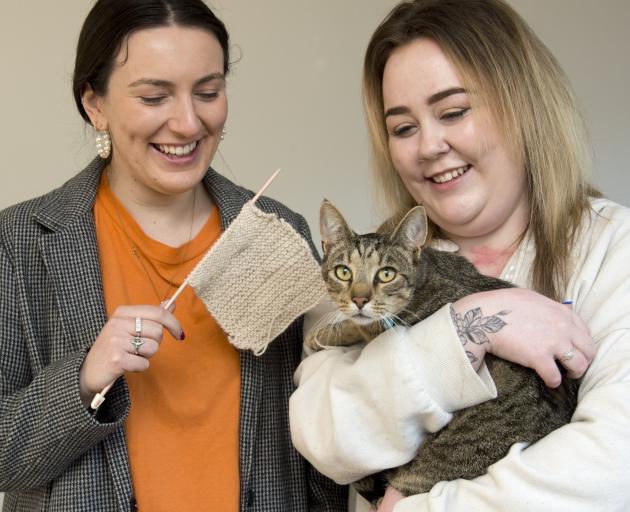 Holding the remains of her stolen knitting is Georgia Clarke (left) with Alex McNair and her pilfering tabby Milo. PHOTO: GERARD O'BRIEN
But on Wednesday he slipped up while stealing a neighbour’s unfinished knitting and left an incriminating trail of yarn right back to his hideout.

That yarn belonged to amateur knitter Georgia Clarke, who said she followed the 100m trail across three backyards to figure out what had happened.

One of the knitting needles snagged on the fence out the back of her workplace three doors along, where she had left her knitting on her workstation, meaning the knitting unravelled as it was carried away.

She followed the trail of wool over fences, through a window and directly into the living room of Alex McNair, Milo’s owner. 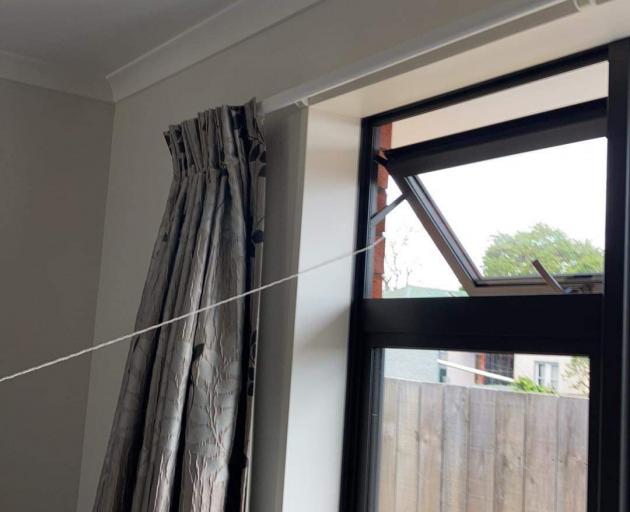 A trail of yarn loops through the window and on to the living room floor, where thieving cat Milo stands with his stolen loot. PHOTO: SUPPLIED
The knitting was a practice piece not intended to be used for anything, Miss Clarke said, but she was keen to work out exactly what had happened, so contacted Ms McNair.

Ms McNair said she was not sure why the rescue cat loved collecting things so much.

She would often come home to discover a stolen plant or underwear on the floor, but this had been Milo’s funniest crime yet.

The light-fingered feline’s most ambitious lifts had included a beach towel and a dog blanket.

Milo would often announce himself when returning home with a muffled meow through a stolen sock. 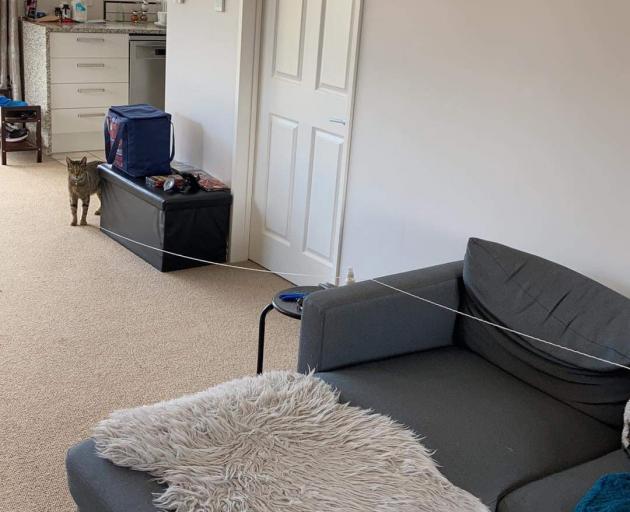 She tried her best to return any stolen goods and nobody had complained about his crimes.

‘‘Everyone finds it hilarious.’’

Although not every item found its way home, the knitting had. 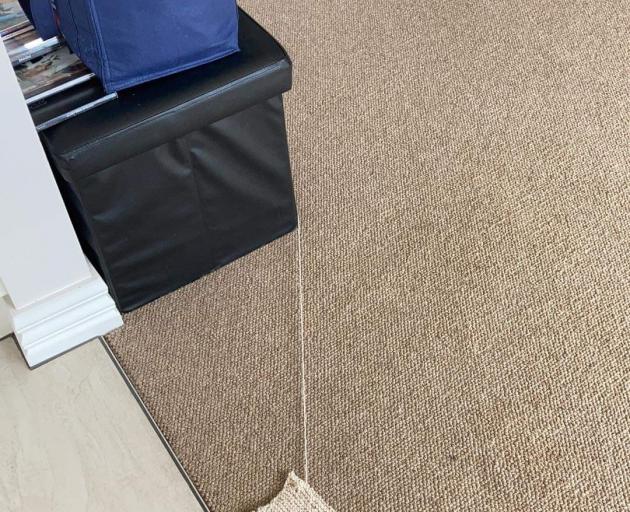 Ms Clarke said she found the whole affair hilarious and her knitting group would love the yarn.

Milo. If our European police officer were after him, she would call "Meyo!"