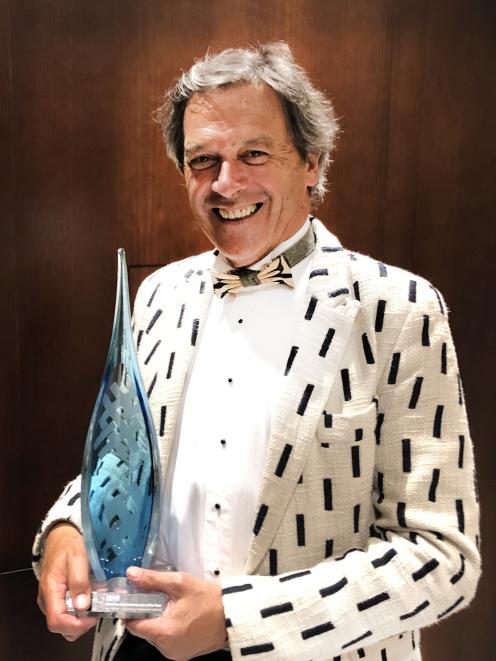 Ian Taylor with his 2019 New Zealand Innovator of the Year Award. PHOTO: SUPPLIED
I have been following Sir Ian Taylor’s MIQ diary as he travels to the US, demonstrating, with smarts and technology, how we can develop a system which allows us to travel more freely while still protecting vulnerable people.

In one of his early diary posts, he hit back at a tweet written by Neale Jones, who is a director of Capital Government Relations and who previously served as chief of staff to Labour leaders, Jacinda Ardern and Andrew Little. Here is the tweet:

“Ian Taylor really is king of the patronising koru club reckons. Everything is so simple, if only the Prime Minister would listen to this man of unparalleled genius.”

It’s hard not to feel riled at a comment like this, “king of patronising” — well, pots and kettles come to mind. Perhaps Mr Jones should visit Animation Research as I did a few months ago, then he might realise just how qualified Sir Ian Taylor is to speak on innovatively solving problems.

Mr Jones’ comment represents a deep problem we have in our New Zealand psyche — we don’t back our own people and our own ideas.

Let me give you another example. A couple of years ago when AbacusBio announced we had formed a partnership with the world’s largest plant breeding company, a person outside our organisation said to me in a stunned manner, “Why would they want to work with you?” For such people, even imagining that New Zealand people can be world-class, without living offshore is an anathema. Perhaps a century ago, when we were more isolated, this might have rung true, now with information at our fingertips and our No8 wire DNA, we should be backing our own.

In Sir Ian Taylor’s MIQ travel trial, he is using New Zealand invented technologies that are genuinely world-class and recognised as such by international scientists and governments — so what’s with our weird national psyche?

Is it because our world-class people like to stay under the radar, so we don’t expect greatness, or does it hark back to tall poppy syndrome, where out of some sort of weird jealousy and inferiority complex, we feel the need to knock the success of others? Whatever it is, when it comes from Government circles, it is highly damaging — they are the very people who should be connecting with and collaborating with our business leaders and innovators during a time of national crisis.

These incidents are not isolated. I have heard and experienced many such stories and have seen tall poppy syndrome nicely nurtured in our school system, where it leads to children being afraid to take risks, fearful of failure and not wanting to stand out in a crowd — and don’t get me started on NCEA.

How do we overcome this tall poppy curse?

1. We should never stop innovating or being passionate advocates for others’ innovations. It’s time to shout from the rooftops about companies like MicroGem, Rako Science and Orbis Technologies, which all have internationally leading products being used in the MIQ trial.

2. When someone is being particularly toxic, we need to remove ourselves from the situation. If that person is in a position of influence, we need to let them and others around them know of their impact in a safe way.

3. We need to learn when to fight and when to walk away — some people are haters, knockers, jealous whatever — it actually becomes their problem not yours. People making a difference have better things to deal with and that’s where energy should be spent.

4. Finally, we need to find our tribe and surround ourselves with people who support us. This doesn’t mean people who won’t challenge us, but it does mean checking in with people who understand our vision and drive and do what they can to help us find a way. These people help put the naysayers (or tall poppy slashers) into perspective.

■ Anna Campbell is the co-founder of Zestt Wellness, a nutraceutical company and a Partner of AbacusBio Ltd, an agri-technology company. 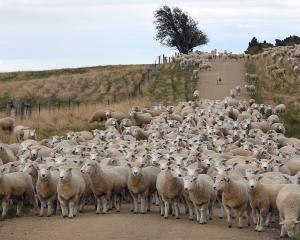 I suggest the comments against Ian have more to do with the current toxic nature of NZ politics than our psyche. Any public criticism of Government is jumped on.

Anna has misused the quote of Neale Jones. He was referring to a disparaging comment Ian made in a tweet. He was not referring to anything he has achieved. Ian’s comment was used as click bait and frankly I was annoyed by it. To say that LÁ had somehow come out of COVID in great shape & he felt safer there than in Dunedin. How is that possible? He needs to stick to what he does well not make disparaging comments to the NZHerald. He’s starting to sound like Russell Coutts. Being Tangata Whenua I’d expect something more constructive aimed at his people and getting them vaccinated.