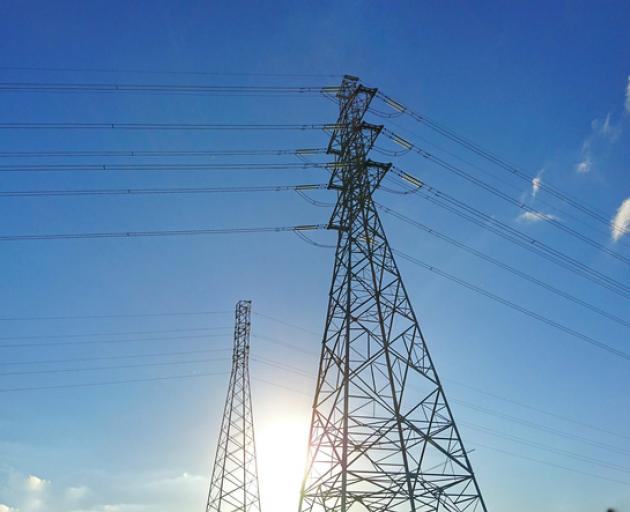 Photo: Getty Images
An era when electricity use has been flat is ending soon.

Some say electricity use could double by the middle of the century.

Clearly, change will be needed. Both policy and technology will be crucial.

It has not created the inducements, as was hoped, for companies to build significant new generation. Hydro water storage has also been wasted.

Nuclear — not feasible in New Zealand because of costs let alone other concerns — should not be ignored because small-scale "safe" plants are being developed.

Although solar costs have plummeted and this source should be boosted, the drawbacks are significant.

Households pump excess power into the national grid at the same rate in the middle of sunny summer days when demand is low.

The sun does not tend to be shining at 6pm in winter when families are cooking and heating homes.

Wind, similarly, is intermittent. A wide spread of farms across this windy country helps ameliorate this disadvantage.

Battery technology will be central to coping with increased demands.

If electricity at high capacity and for long periods can be stored in homes and elsewhere, issues can be solved. That excess solar at the wrong time, and which would overwhelm the ability of the lines' infrastructure to cope anyway, would be saved for "rainy days".

Stored electricity would be released when needed.

The proposed and questionable multibillion-dollar Lake Onslow pumped-hydro, near Alexandra, is a form of battery. Water would be pumped into the lake when power is readily available. It would be generated at peak time and, particularly, as a dry-year back-up for New Zealand’s primary electricity producers, the hydro stations.

New Zealand has been too slow to take advantage of smart-meter technology and smart pricing. It should pay to pause car charging at dinner time or to run the dishwasher at 3am.

Hot water ripple-control and night-storage heating have been discarded when they, too, could have been part of the armoury to reduce peak demand.

Labour and the Greens have pushed for 100% renewable electricity production. The goal must be to approach that target but not at any cost.

While 100% is possible, the overbuild costs could be so high as to undermine New Zealand’s efforts to lower total greenhouse emissions. The Government must not put public relations ahead of good sense.

The appalling use of coal at Huntly to meet demand this past year must stop soon. But gas "peaking" could still be required.

Climate change could boost South Island hydro lakes. More rain is predicted in the mountains, and warmer winter temperatures could cause less precipitation to be stored as snow. Lake inflows in winter, when consumption is highest, would increase.

The demand side is, of course, significant. Energy-efficient appliances and lightbulbs and better insulation are obvious continuing improvements.

This country has also to be wary of the value of power-hungry data centres and bitcoin mining. The future of the Tiwai aluminium smelter is part of the power equation as well.

The production of "green" hydrogen could still play a role in decarbonising the economy even if, because it is so electricity-intensive, it strains overall capacity.

In 1967 The Plainsmen released a popular song which included the lines:

So flow on again Waitaki on your journey to the sea

While hydro remains the cornerstone of electricity production, power use is set to amp up. The Government, its agencies, businesses and the people of New Zealand have the means to meet this challenge.

If the government must, that means regulation of the power suppliers.

The article ignores the concerning costs of transporting power from the source to the population centres - something needs to be finally done in assessing fairness of apportioning transmission costs.

"It has not created the inducements, as was hoped, for companies to build significant new generation."
And therein lays the stupidity of the political types, with their decrees as to what targets will be meet regarding emissions.
I hope someone has been thinking about where we will be importing coal from this winter because Indonesia has decided it's keeping their resources for themselves.
The political types can ban gas exploration, coal mining, ICE vehicles but without viable alternatives things are going to get messy very fast and you know who will hurt the most when that happens.
Their biggest problem is that good intentions and a virtuous soul does not get people to work or put food on the table or a roof over anyone's head.
Sending billions of $ of guilt money overseas does not reduce emissions nor make the countries energy supplies more robust.
We need some realists in government, not a dreamy bunch of doomsayers that believe making developed countries poorer, will make poorer countries wealthier.