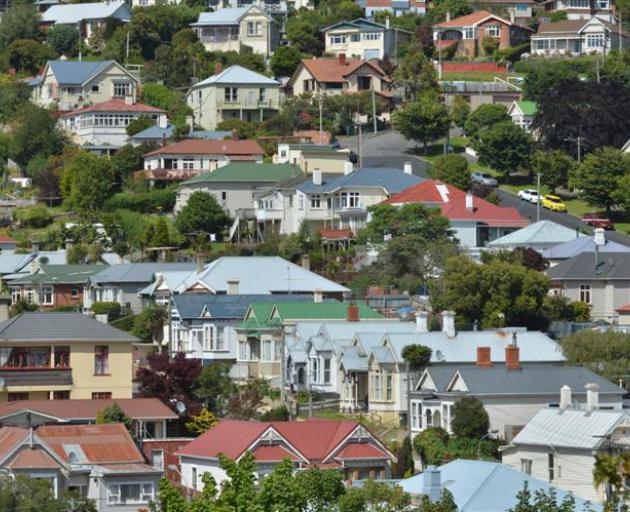 Photo: ODT files
It was three in the afternoon and I was curled up in bed, feeling rather dusty and full of self-pity. I lay there, cradling a half-empty pizza box, wishing sleep would overtake me and cure me of my hangover. Then came the knock at the door.

Thinking it might be one of my flatmate's friends, I dragged myself out of bed and opened the door. There stood a short, colourless man, backed by two equally colourless boys. They stared at me with their grey eyes, wet blonde hair plastered to their faces.

I felt a thrill of horror run through me. You see, they weren't my flatmate's friends. They weren't plumbers or electricians. They weren't men in black, or emissaries from my landlord. They were door-to-door preachers and there I was, frozen like a deer in the headlights.

In hindsight, I probably should have politely but firmly closed the door and gone back to bed. But instead I stood there and listened to a 20-minute sermon, full of fire, brimstone and judgement. As the daughter of a pretty hard-core fundamentalist minister, I've heard it all before. But I found the presumptuous manner of the man, and his throwaway comments about how people who committed suicide go straight to hell deeply offensive.

If you have lived in any major community, you've probably encountered door-to-door proselytising in one form or another. From Jehovah's Witnesses to the Church of the Latter Day Saints, door-knockers are employed by many denominations and churches to increase awareness. But honestly, they're really annoying.

For a start, they're downright invasive. Often people feel too polite to tell the door-knocker to leave, and a certain sense of anxiety kicks in. The home is a deeply personal space, and the audacity of these people is astounding.

Secondly, New Zealand is an incredibly multicultural country. Door-to-door preaching fails to address the cultural differences and misunderstandings between people. It can cause individuals of different religions to feel judged, scrutinised or harassed.

Moreover, there's no real evidence to indicate that door-to-door preaching actually works. Faith is a personal issue for people, and door-to-door exchanges often become high-pressure situations, imparting bad press to the church in question and leaving the homeowner with a bad taste in their mouth.

No-one wants a condescending speech about how they're a liar and deserving of an eternity of agony. No one wants to be told that due to their sexuality, they're damned. Instead, they'd like to hear how their local churches are helping the community. Human connections and church communities are built on a mutual love of Christ, care and understanding, not fear and invasiveness.

So there you have it. After I admitted that my father was a Presbyterian minister and that I was ''frankly sick of religion'', the man and his two sons gave up on me, and awkwardly shuffled away. I guess there's some consolation in the fact their long exchange with me had potentially given my neighbours the chance to escape.

A few things incorrect. Jehovah's Witnesses were not the one calling on the lady here. We know hell is only the grave and no one can possibly be tortured. For another, house to house is how first century Christians did it and is still the best way to reach people. Roughly half a million become Witnesses each year. So yes, it works as Acts 20:20 tells anyone. We have shortened our message because time is precious. 5 minutes normally. Our message is hope from God's Kingdom, the heavenly based government. We show from the Bible what it will do for all earth. That is something others simply cannot do. They do not have the Biblical knowledge and understanding.

That hits your eye like a big pizza pie. It is interpretative knowledge. Missionaries are welcome if they leave dogma outside, discuss the Synoptics and not O.T

No one has all the answers, and 'Stan' is an ancient figure of myth.