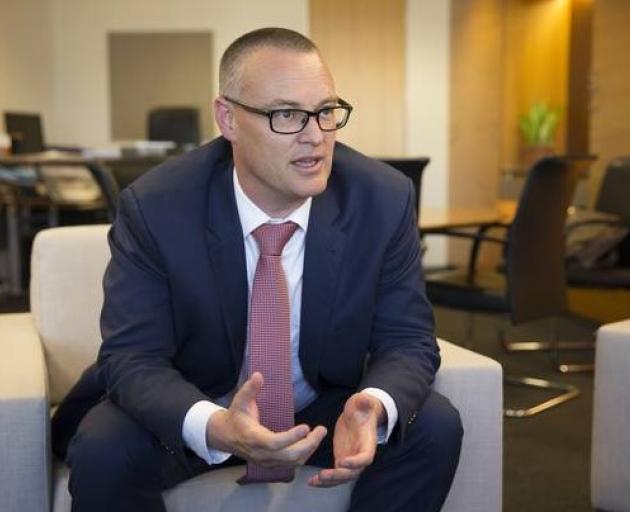 David Clark. Photo: NZ Herald
Election 2017 had some high-profile and costly spending promises made by all three parties now in Government. Infometrics economist Brad Olsen says expectations are high for more cash in the March 17 Budget.

Labour promised the world to any and all who asked for it in a bid to get back into government during last year's election, Infometrics economist Brad Olsen says.

Now that Labour controlled the purse strings, Treasury had provided a reality check on just how much the Government could actually spend.

Already, Finance Minister Grant Robertson and Health Minister David Clark have been dialling back public expectations for spending in the Budget.

Dr Clark has indicated lower GP visits will be phased in and Mr Robertson in a pre-Budget speech last week, also said some of Labour's main pledges could be phased in or delayed.

Mr Olsen said although the Coalition Government of Labour, New Zealand First and the Greens, reversed the tax threshold changes of the former government, it had also committed more than $2billon towards fees-free tertiary education.

The total funding available in Budget 2018 was unlikely to be able to meet the expectations across different sectors who had heard promises of increased money throughout the election campaign, he said.

Two areas the Government had singled out for large increases were health and education.

Earlier in April, the Government warned $200million of school buildings were not fit for purpose and should be demolished, Mr Olsen said.

The announcement signalled a significant need for new capital in education, both for maintenance and renewals, and also to service population growth.

''Importantly, the Government has ruled out public-private partnerships [PPPs], requiring the Treasury to provide the cash up front for new school projects.''

At the same time as the school building needs had been identified, teachers announced they were mulling a 16% pay increase pitch.

When considering that proposal against the backdrop of a shortage of teachers, it was easy to see potential costs spiralling away from what the education budget could afford, he said.

Health was another high-profile spending area for the Government.

After issues with Middlemore Hospital were aired publicly, Dr Clark announced about $14billion in capital funding was needed over the next 10 years in the health sector.

Some projects were small, quick fixes. Others were large projects needing to be fully funded by the Crown up front, Mr Olsen said.

''Again, the Government has shunned PPPs in the health sector, meaning projects such as the $1.4billion Dunedin Hospital redevelopment will quickly eat up funding for health capital expenditure.''

The health sector also had staff resourcing issues, he said.

Hospital operations were under threat from potential strikes by medical staff and nurses after the Government signalled a significant rise in health spending.

Already, the Government had committed to several costly new policies, such as $2billion on the fees-free tertiary education and another $2billion earmarked for KiwiBuild.

''Add in the investments the Government has announced for rail, rapid transit and public transport, and it is obvious money's tight.''

Much of the recent commentary had rightly tried to reconcile the coalition's lengthy spending promises and ambitious work programme. The Budget Responsibility Rules were guiding public spending, Mr Olsen said.

The BRRs detailed net core Crown debt was to be 20% of GDP within five years of taking office. Although the Government's debt track was slightly higher than it was for the previous government, both showed debt falling to 20% within five years.

However, the debt-to-GDP ratio targeted by the Coalition was at odds with its desire to undertake investments in a large number of areas, including conservation, health, education and transport. It essentially stopped the Government from being able to pay for all of its promises, he said.

Increasing debt - or debt-to-GDP - was not necessarily a ''bad move''. Debt spread the cost of capital items across time and in doing so, spread the cost across future taxpayers who would use the assets.

The concept was often described as intergenerational equity.

If debt repayments were slowed to allow for greater government spending, there would be no discernible effect on financial stability or credit ratings.

The Government was likely to resist the urge to alter the BRRs until after the Budget, Mr Olsen said.

''Over the next 12 months, calls for more spending in priority areas will increase, eventually forcing the Government to drop its constraints and slow debt reduction targets to spend more.''

Well-built hospitals and schools, rather than an ineffective fees-free education package, should be given priority for new spending, debt funded or not, he said.

And some interest groups want funding for the Americas' Cup.