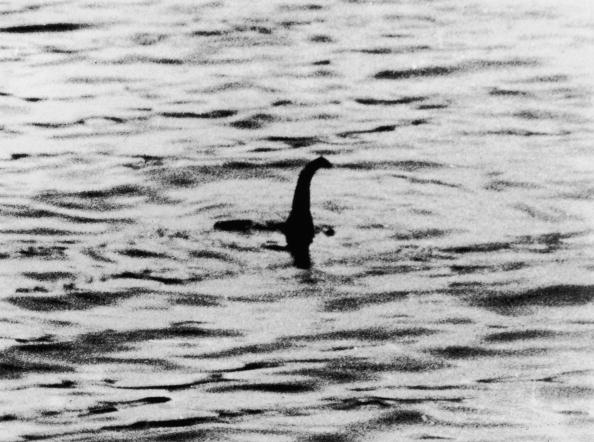 A global team of scientists, led by Professor Neil Gemmell of the University of Otago, will investigate the murky waters of Loch Ness in June. Photo: Getty
A group of Kiwi scientists is set to tackle the mystery of the Loch Ness monster after more than 1000 years of questions about its existence.

The team, led by Professor Neil Gemmell of the University of Otago, is set to investigate the murky waters of Loch Ness in Scotland next month.

The Loch Ness monster, commonly referred to as 'Nessie', supposedly has a long neck and one or more humps protruding from the water. Evidence of its existence is purely anecdotal, with a few disputed photographs and sonar readings.

Popular interest and belief in the creature has varied since alleged sightings came to worldwide attention in 1933.

The scientists will use environmental DNA sampling of the waters to identify tiny DNA remnants left behind by life in the loch.

They will then use this information to establish a detailed list of all life living in Loch Ness and make comparisons between it and several other lochs to find how Loch Ness differs from other sites – if indeed it does.

Professor Gemmell said the approach works because life is messy.

"Whenever a creature moves through its environment, it leaves behind tiny fragments of DNA from skin, scales, feathers, fur, faeces and urine," he said.

"This DNA can be captured, sequenced and then used to identify that creature by comparing the sequence obtained to large databases of known genetic sequences from 100,000s of different organisms – if an exact match can't be found we can generally figure out where on the tree of life that sequence fits."

If there is any evidence of DNA sequences similar to those predicted to come from a large extinct marine reptile, the so called Jurassic hypothesis, Professor Gemmell said he will be surprised, but he is open minded about what they might find.

"Large fish like catfish and sturgeons, have been suggested as possible explanations for the monster myth, and we can very much test that idea and others," he said.

The project, however, is much more than a monster hunt.

"While the prospect of looking for evidence of the Loch Ness monster is the hook to this project, there is an extraordinary amount of new knowledge that we will gain from the work about organisms that inhabit Loch Ness – the UK's largest freshwater body."

Gemmell predicts the team will document new species of life, particularly bacteria, and will provide important data on the extent of several new invasive species recently seen in the loch, such as Pacific pink salmon, while also gaining a better understanding of the native species that reside there.

The use of eDNA sampling is already well established as a tool for monitoring sharks, whales, fish and other animals. It should readily reveal what species live in the dark, mysterious waters of Loch Ness.

Gemmell has assembled a team of global science leaders from the UK, Denmark, USA, Australia and France.

"We have the opportunity through this project to demonstrate the scientific process: How hypotheses are established and tested, the need to replicate, use controls and account for observer bias using double-blind methodologies. These are all important parts of this story," he said.

And how much is this Scottish holiday for the Prof going to cost ??

I forsee another hike in student fees coming ... probably about the same as the proposed DCC rates increase.

This will no doubt boost the Scottish tourism industry which will have absolutely no benefit for the NZ public. How about the "academics" pay for their own holidays abroad and put the funds for this totally idiotic activity towards something a little more useful ... like research into finding a way to stop Mycobacterium bovis, saving some lives or whatever.

The funds required for this "expedition" will no doubt be considerably more than your average Hi-Di-Ho-Holiday (the fact that the cost isn't mentioned pretty much confirms that) and I'm really quite shocked that; given their reputation as being tight-fisted when it comes to money, King Connery of Scotland, would allow something so frivolous to be conducted on his Sovereign soil ...