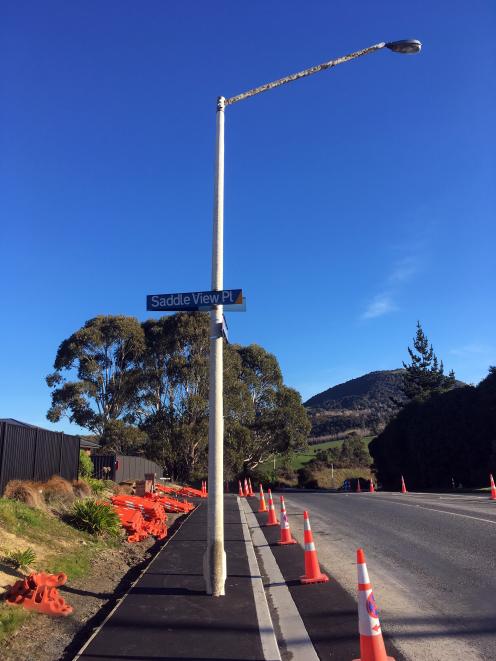 A Taieri resident, who does not want to be named, contacted the Taieri Times about the position of the light on the footpath in Main Rd, fearing it posed a danger to path users, especially blind pedestrians.

The Dunedin City Council contractor responsible for the design of the footpath had made a ‘‘mistake’’, he said.

An image of the street light was given to Blind Foundation access and awareness adviser Chris Orr for comment.

Mr Orr said any object obstructing a path was an issue for people who were blind or had low vision.

‘‘It’s best practice to have at least 1.8m clear from the building line, or in this case, the grass line and any obstacles.’’

Solutions were available to deal with hazards such as the street light, he said.

‘‘The Blind Foundation can be part of the solution and I encourage organisations to consult us on ensuring they support an accessible environment.’’

Council transport group manager Richard Saunders said the footpath was extended to cater for new houses and ran through an area with an existing street light.

Work at the site was not complete, he said.

‘‘The finished design includes widening at this point with compacted gravel to make sure people can use the footpath safely.’’

50 years could go by with no blind person ever walking along that footpath. It's a dead end footpath to nowhere. If they were going to build anyore houses along there they'd probably need to move the motorway .